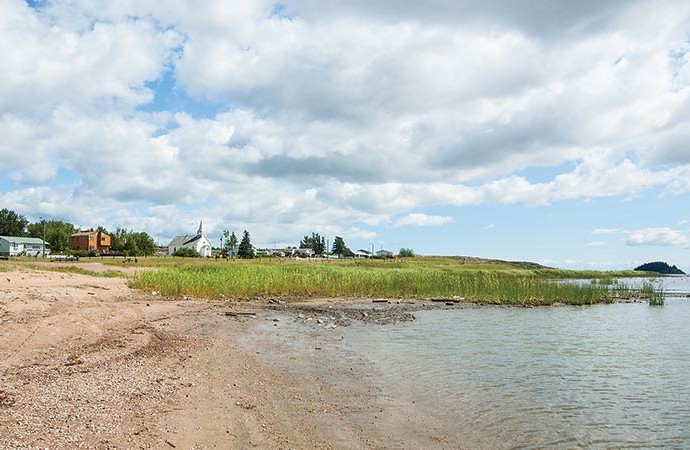 ACFN Chief Allan Adam told The Journal that his band has requested a special meeting with the government in early June to discuss its concerns with LARP.

“We would like to see more land set aside for First Nation uses, especially in the Richardson back country; we’d like the majority of it set aside instead of the bits and pieces in this plan,” Adam said. “LARP caters more to the corporations than First Nation treaty rights and issues. I don’t feel comfortable with it.”

Meanwhile, at the public meeting in Fort Smith on May 3, Smith’s Landing First Nation (SLFN) Chief Cheyeanne Paulette had concerns similar to ACFN’s.

Paulette told Alberta government representatives that his band wants more protection in SLFN traditional lands than what LARP calls for.

“Despite having some areas deemed as protected, under the plan once they deplete the land around Fort McMurray they can turn around and re-designate these areas for resource development,” Paulette said. “They’re also not clear on what the designations are for. When they talk about ‘mixed-use,’ that could be anything.”

Knight told The Journal that First Nations had the opportunity to be involved in the plan “right from the beginning.”

He said that in his eyes, the problem First Nations have with the plan relates to “meaningful” consultation, not the actual amount of consultation that was done.

“The door is always open with regards to consultation with First Nations,” Knight said.

Dave Bartesko, senior consultation manager with the Alberta Land Use Secretariat, said his department has had over 100 meetings with the 27 First Nations included in or bordering the LARP area.

Bartesko said all inputs from First Nations go into the system for consideration.

“We’re always looking for ways to do better,” Bartesko said, adding that concerns expressed during public meetings will be considered before a final LARP document is produced.

The public meetings continue for two weeks. After that, the final LARP will be presented to the Alberta government for consideration.