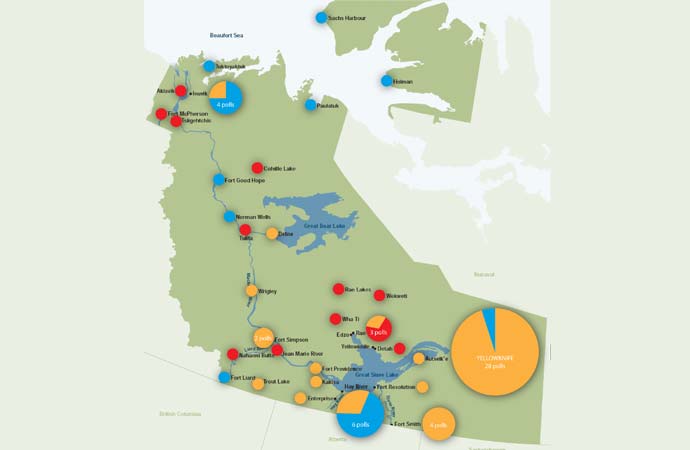 Poll-by-poll election results show a striking disparity across the Western Arctic riding, with the far north communities of the NWT voting Conservative and the southern section of the territory, including Yellowknife, voting NDP.

But poll-by-poll results show a closer race in many parts of the territory than the final count indicated.

The four polls in Inuvik, for example, were extremely close between Lee and Bevington, with the Conservatives winning three.

The High Arctic communities voted unanimously Conservative, and in other Beaufort Delta communities, the Conservatives and Liberals split the poll victories.

In the Sahtu, only Deline was won by the NDP. Norman Wells and Fort Good Hope both voted Conservative, by a narrow margin over the NDP, while Colville Lake and Tulita chose the Liberals.

Bevington’s main support came from Yellowknife, where the NDP won 26 of 28 polls en route to victory. 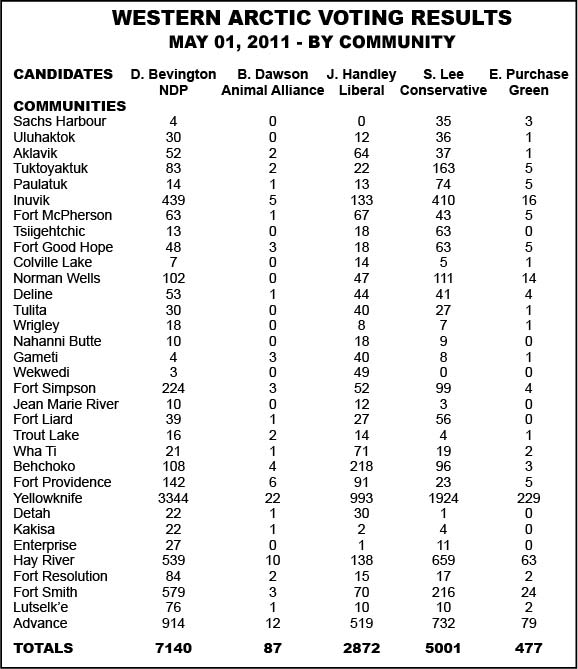 The former Fort Smith mayor also received the support of his home community, where all four Fort Smith polls had clear Bevington victories. The total numbers for Fort Smith were 581 for Bevington, 216 for Lee, 70 for Handley and 24 for Green Party candidate Eli Purchase.

The rest of the South Slave, with the exception of Hay River, followed suit by supporting Bevington. In Hay River, the Conservatives won four of six polls, with the NDP winning the other two.

Handley’s main show of support came from the Tlicho, where the smaller communities all voted Liberal. Behchoko had two of three polls go to Handley, and the other to Bevington. 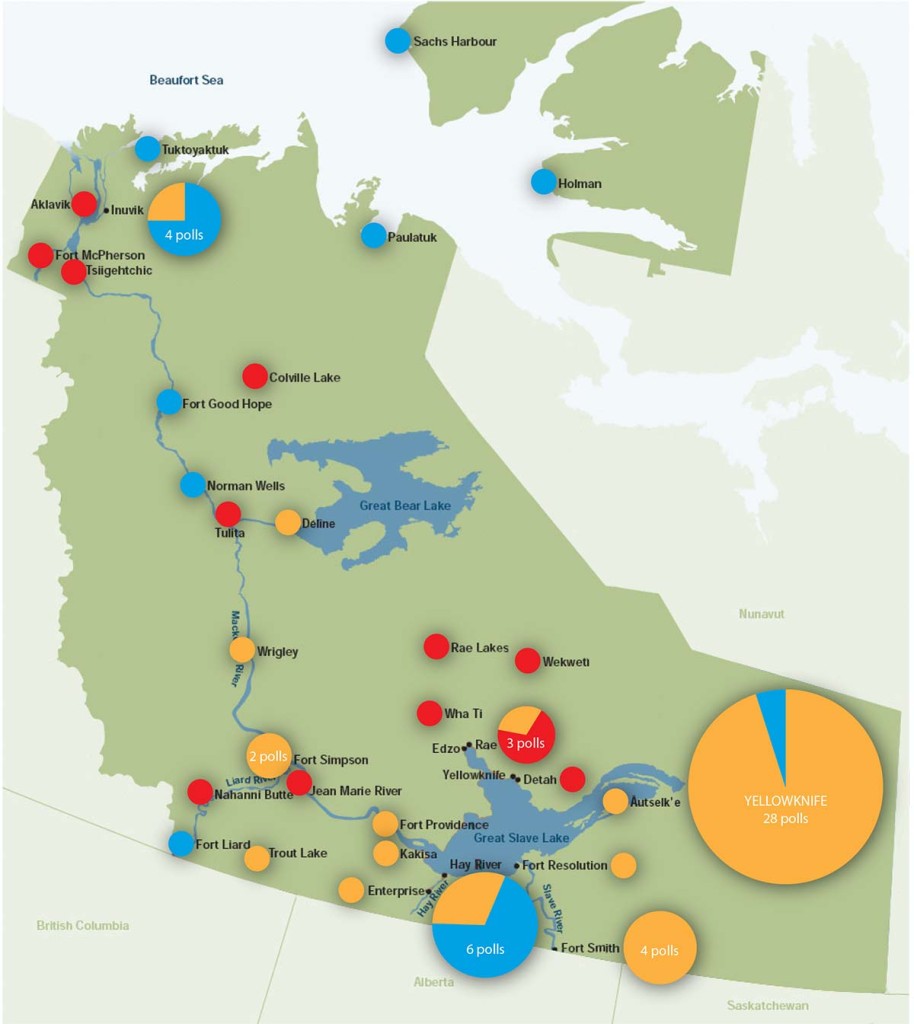