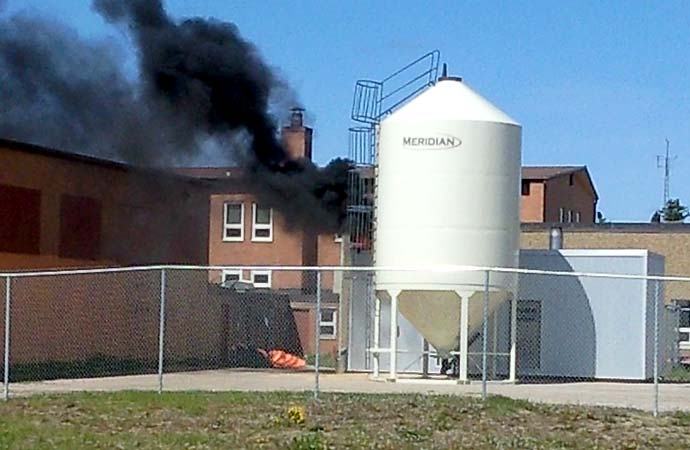 Firefighters battled a small blaze at PWK high school in Fort Smith on June 5 while residents looked on.

It is suspected that the culprit behind the smoke was the school’s recently installed pellet boiler system.

“There was no damage to the school or the furnace,” said Vice Principle Dan Kearley. “But the furnace has to be re-inspected before we can use it.”

“When the heat from the furnace hit, it just flashed,” said Kearley.

However, the GNWT department of Public Works and the Fire Department aren’t committing to the fire’s cause just yet.

The fire is currently under investigation by Fire Chief Bill Reimer, but it could take weeks before a cause is officially determined.

“I still have to gather the majority of the information,” said Reimer. “So we won’t know anything for a couple of weeks.”

Until the cause of the fire has been officially determined, Morris Evans, Director of Public Works in Fort Smith, does not believe this fire is an indication of problems with the other wood pellet boiler facilities in the community.

“We don’t believe it will pose an issue, or threaten any if the other facilities wood pellet boilers have been installed in,” Evans said.