Seniors show they’ve still got it 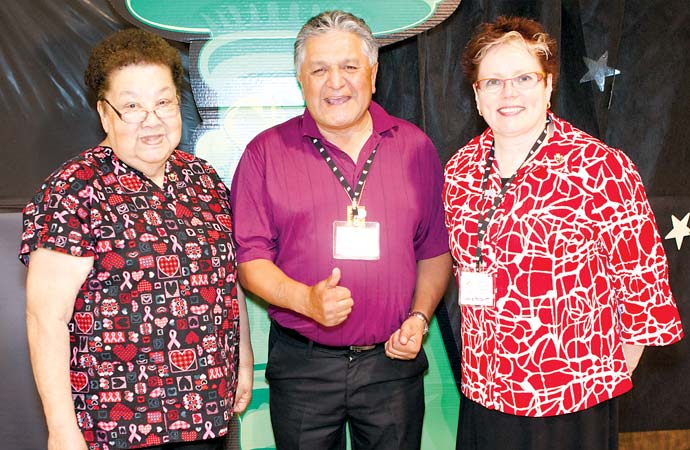 Fort Smith hosted the Senior 55+ Friendship Games over the weekend from June 17 to 19.

People 55 and older came from as far away as Yellowknife and Fort Chipewyan to participate in golf, swimming, horsehoes, cribbage and athletics competitions. There were also plenty of opportunities for socializing with other seniors at a banquet on Saturday night.

The games kicked off on Friday with lunch and opening ceremonies in the curling arena. Commissioner of the Northwest Territories, George Tuccaro and Thebacha MLA Michael Miltenberger were on hand. Tuccaro later participated in the golf tournament.

Mayor Jane Hobart was the event’s main organizer and a participant in the swimming event . She also presided over opening and closing ceremonies, organized most of the social events and in fact did a lot of the cooking.

Modeled on the Friendship Games that take place every two years in cities across Canada, the Fort Smith Seniors’ Games aims to improve the well-being of seniors on all levels – mentally, spiritually and physically. That includes getting people socializing and being active.

Games organizer Leon Peterson says plans for next year have yet to be finalized. Fort Smith he says is willing to share the games by having another community host them next year, but that will depend on how the membership feels. They would also plan to have the games every second year – during the off years from the national games. Those will be hosted by the Regional Municipality of Cape Breton in 2012.