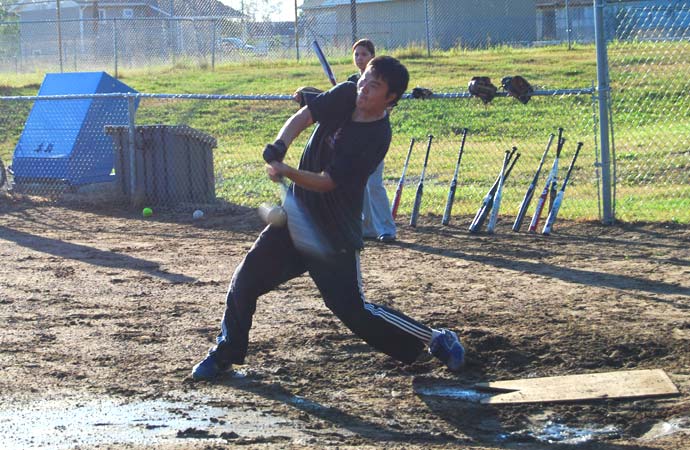 Nine teams from across the South Slave region participated to raise money to help victims in the fire and flood ravaged town of Slave Lake, Alberta.

The Northstars powered their way to finals with seven straight wins and no losses. The Smith team clearly dominated the competition by winning ‘mercy’ matches with every team they faced leading up to the finals. In Slo Pitch, a team is declared the winner according to a mercy rule if they are up by 10 or more runs after 5 innings.

Fort Smith met their strongest competition in their final match against Fort Resolution, but the home runs kept coming and the Northstar defense held up enough to get them a decisive win of 16-8.

Fort Smith players showed muscle with some exceptional hard hitting during the tournament. Meika McDonald and Theresa Bourke tied for the most home runs to win the women’s home run derby while Charles Lepine won the men’s derby.

In spite of Fort Smith’s strong finish in Hay River, Brendan Bourke, a Northstars player and president of Fort Smith’s Slo Pitch league, says the sport is all about having fun.

“It’s more of a socializing game,” Bourke said. “It’s also a sport where guys and girls can play together.”

Three teams currently make up the league in Fort Smith, down from seven last year. Games are played at Harry Sudom baseball diamond on Monday, Tuesday and Wednesday evenings. The league is still looking for players to fill up their team rosters until the season ends in mid-August. To join a team contact Bourke at 621-0014.