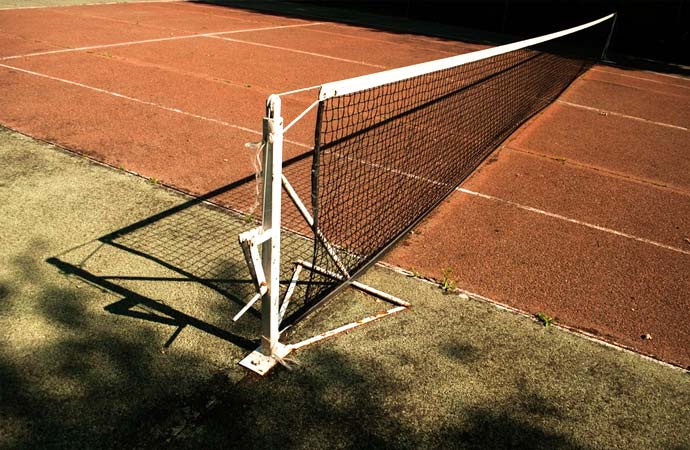 Bernie Bennett of Yellowknife continued his successful string of victories.

With a win over Dennis Bevington in the finals on Sunday.  It was Bennett’s tenth victory in 26-year old event. Bevington fought hard but the consistent ground strokes of the Yellowknifer proved decisive in the 6-3, 6-0 match.  It was Bevington’s second consecutive time in the finals of the Open. His previous experience was also against Bennett.

“It was a wonderful tournament and befits the oldest sport club in the NWT.  Lou Sebert did an excellent job organizing the event.”

With 15 players, it was the largest field for the tournament in years.

That included a number of younger participants, including several employees of Northwestern Air Lease who injected an element of fun and enthusiasm, as well as bringing out a number of fans.

In the end, it was the day of the veterans with nearly all of the finalists highly experienced.  The exception was Troy Richardson who, in his first Fort Smith Open, played Sebert in the consolation final.

The event included a dinner at the golf club. Sportsmanship throughout the event was outstanding, said Daitch.

“Bernie Bennett is a remarkable athlete, with at least 25 tournament wins in the NWT, an achievement that may never be matched.  With the weather rainy and threatening, we had to mop off the courts a few times.

Nevertheless, we kept our record of never having been rained out intact.”

The Fort Smith Tennis Club is the oldest sports club in the NWT.  Its veteran participants have represented the NWT in the last two Canada 55+ Games. They include both Bevingtons and Daitch who, along with Sebert and Umpherson, hope to play in the competition in Nova Scotia next year.