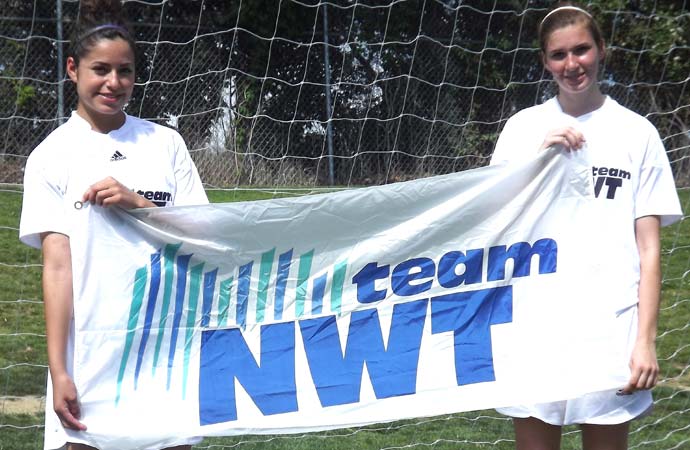 The 2011 Western Canada Summer Games ended in Kamloops, BC on Sunday, but the experience is one the athletes will not soon be forgetting.

Her teammate Alicia Norris, 15, also of Fort Smith, agreed. “We’re all bonding together. We’re more than a team, we’re a family.”

The NWT women’s soccer team did not take home a medal, but that did not dampen the experience.

Competing in the games was similarly huge for 11-year-old Jordyn Sellin from Fort McMurray, the youngest gymnast on Team Alberta.

“She was called in last minute to replace an injury, so she’s young and inexperienced,” said Sellin’s coach, Lisa Smith. “It’s a big deal for her, being in a multi-games experience like this.”

The Alberta gymnastics team took bronze in the competition.

“We had a couple falls, which took us out of gold,” said Smith. “We had decent results, but we gave it away, which is unfortunate.”

Sellin was happy that she did so well on the floor exercises – something she had been struggling with during training.

“It feels really good,” she said.

But the greatest excitement was probably expressed by the NWT women’s indoor volleyball team, who beat the Yukon twice during the tournament.

“It’s the first time the NWT had ever beaten the Yukon, so it feels really good,” said Veronica McDonald, 16, of Fort Smith.

McDonald spent the last three months in Yellowknife training with her team five days a week.

“It’s definitely hard work but it all paid off,” she said.

McDonald also competes in the Arctic Winter Games, but said nothing matches the experience of an event so big.

Team Alberta placed second behind BC in the medal standings with 232 medals. The NWT brought home a total of three medals.