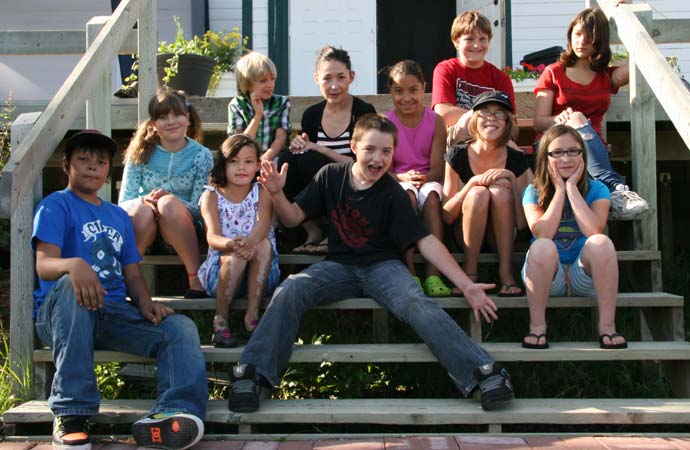 The four-day camp put on by the Town of Fort Smith, the Northern Life Museum and Parks Canada gave a group of children between the ages of eight and 16 a chance to research and interpret local stories by performing them on stage last Thursday at Mission Park Church.

The experience was tightly focused, with a lot of learning involved.

“It was really, really intense because we did six hours of work with the kids every day for four days, and we knew we were going to perform. So I really just wanted to make sure that they had something to perform that they were proud of and that we worked hard on,” said Reneltta Arluk, a Yellowknife actor and playwright who led the camp.

“I think it was really neat for them to be able to do plays about the history of their own town because I think it was a huge learning experience for them,” said Katie White, a Town of Fort Smith employee who worked with the camp. “They got to use their imaginations a little bit and kind of made history fun.”

Elders and storytellers from the community were brought in to give the campers background to work with. They were also given homework: go home and find a story about Fort Smith to tell to the rest of the group.

“They really actually listened and kind of ingested the stories that they were told, and from there they created their own imaginings on how the stories went along,” said Arluk.

Apart from the creative history lesson, the kids got a chance to learn the ropes of what it takes to put on a theatrical production.

Arluk said the camp was designed to fill an unmet need in the community.

“I think people are realizing that Fort Smith has a lot of creativity,” she said. “There’s so much beautiful music and visual arts here, but there’s not a lot of performing arts that are in this community. So I think Fort Smith is kind of looking for that.”