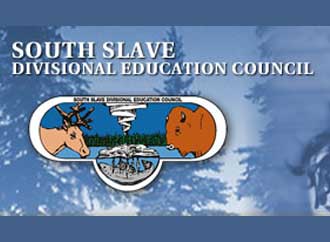 Curtis Brown, superintendent of schools for the South Slave region, was honoured by over 200 senior school administrators at a national convention in Niagara Falls on July 10, when he was presented with the association’s annual leadership award.

Brown was aware he had been short-listed for the award along with four other nominees from across the country, but was “shocked” when his name was called at the convention to come forward and receive the honour.

“It was overwhelming for me to think I would be compared with the best superintendents in Canada, but it was a shocker when my name was called,” he told The Journal. He was asked to come forward and say a few words.

Brown said confidence as a public speaker does not come easily to him, with the crowd of notable peers before him and the short notice making it all the more challenging.

He said he was honoured to be nominated by his colleagues in the NWT. The award was not so much for him as for the region.

“The important thing about leadership is you are only as good as the people you work with. We have an amazing team here, the regional staff and the teachers and local education authorities in the  communities,” he stated.

The award is to recognize “exemplary leadership ability” for those who “have made significant contributions to the field of education.” It is presented to two people. The other recipient was Linda Fabi, director of education for the Waterloo, Ontario Regional District School Board.

Brown was originally presented with the provincial award, which for the North is offered up by all three territories combined. The winners from provinces and territories were then assessed for the national award and the choice of two from the short list was announced at the Canadian Association of School Administrators national convention.

“It was an honour, and humbling,” observed Brown.