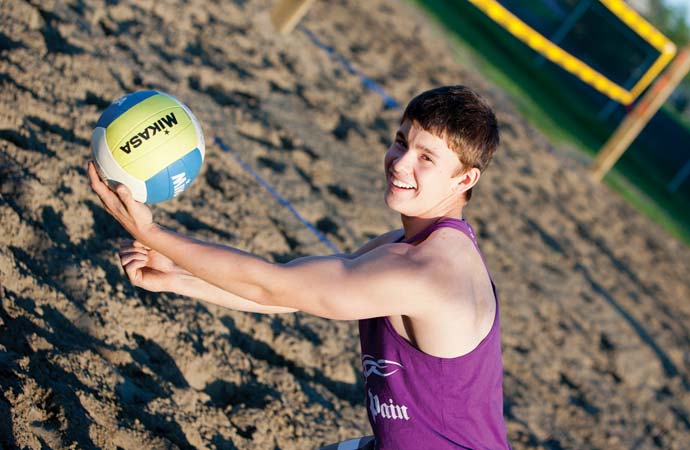 Years ago, Fort Smith’s only beach volleyball court sat on a scrap of land aside the track and field site, needing an overhaul.

This summer, two brand new courts were set up outside the Fort Smith Rec Centre, and they’ve buzzed with activity every night since.

Brandon Thompson, a trained indoor and beach volleyball coach from Fort Smith, has been running a Beach Academy clinic for youth aged 10 to 15 there every weeknight, followed by regular adult league play varying night-to-night from women’s to men’s to co-ed.

“My plan is to build a small legacy,” said Thompson. “That’s why I’m working with younger youth, so that beach actually stays strong here, because when I started, nobody knew there was beach volleyball here.” 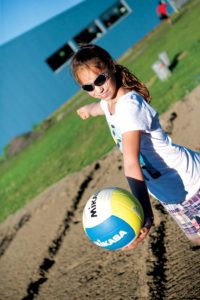 Cameron Soucy, 10, is getting a head-start on her future as a beach volleyball star.

Thompson began organizing beach volleyball here in 2006 and has seen it grow over the years like wildfire.

“It started as time for social fun, but it went so far people started wanting to get more competitive, to travel, to go extreme,” he said.

Yellowknife has had themost successful turnouts, with over 160 players currently. Fort Smith’s beach scene sees about 30.

“Right now it’s a booming sport in the North,” said Thompson, noting that teams are popping up in Fort Simpson and even Inuvik. “They just have a couple of people right now, but with the interest, I’m sure next year it will take off even more.”

Thompson and his beach partner Kelvyn Modeste also happen to be territorial title-holders after winning the tournament in Yellowknife two weeks ago. The pair heads to nationals in Toronto at the end of the month.

Thompson has no doubt that the new courts are much better and aiding the increased popularity of the sport in Fort Smith. The twin-style courts allow two leagues to play at once, giving the potential for tournament play, should the Town decide to host regional or territorial beach events.

“It was a no-brainer, it just made sense to bring it over here,” said Tommy Philips, director of recreation services with the Town. “The area’s good and it’s quite controlled, which is great for volleyball because we can leave the nets up.”

The courts were paid for through MACA’s Sport and Rec Fund, which gives communities money each year for a variety of things that enhance recreational facilities, such as equipment, supplies or even coaching.