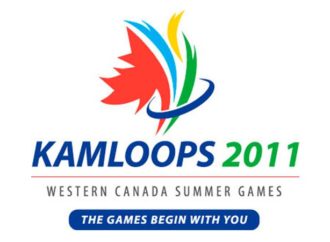 Questions are being asked by the Municipality of Wood Buffalo’s (MWB) governing body after a lacklustre presence at this year’s Western Canada Summer Games (WCSG).

Fort McMurray, the MWB’s headquarters, is slated to host the next games in 2015, but only one athlete from the entire municipality made the trip to Kamloops this year, raising questions of awareness and commitment from both the municipality and games organizers.

“I’ve been here 30 years and raised six children here and found the sport scene very competitive and constantly growing,” said Councillor Dave Kirschner. “So it does surprise me that we only have one athlete there. We have produced a number of well-qualified athletes out of Fort McMurray over the years.”

According to Kirschner, the issue is one of proximity. As a father whose children competed in sports, he had to bring them to larger city centres in order for them to try out for teams at the provincial level, and WSCG tryouts work in the same manner.

“I had to bring my kids to the major city centres to compete, and it is the case where not everybody can do that,” he said.

Kirschner is adamant that the issue has nothing to do with a lack of interest from the communities or a lack of the tools needed to succeed.

“Our facilities have been expanding and being enhanced fairly considerably as we’ve had the population growth and the considerable amount of money into the various sports and recreation facilities,” said Kirschner. “We are currently looking into those areas, prioritizing them and working on them.”

For Kirschner, understanding the shortcomings will give him, and the MWB council a chance to make changes that will benefit the areas athletes.

“There are other events that our athletes are at. Whether they can make all of the events or not is another story,” he said. “I think that the facilities that we have here speak to our abilities as we’ve been awarded the games in 2015, and provincial judges don’t weigh lightly the facilities and activity in the region.”

For fellow Councillor David Blair, it is not enough to simply understand the problem. He is looking to fix the issue by asking the right people the right questions.

“I think the first step, and this is what I told Glen Laubenstien, our CAO, having no one successfully make it to the games tells you something, and I think we need to know what we need to do, we need those folks to come up and prepare us for what we need to train for,” he said. “To only have one athlete in a region as large as ours is not acceptable, we need to understand why we’ve only had one.”

The lack of presence surprised Blair, given the success of MWB teams and athletes in other sports forums.

“We have powerful athletes in this area, who have awards and certificates, and we have to ask the question why weren’t they successful,” he said. “We can speculate anything, they may only want the ones from the city that are close and they can coach and blah blah blah, but I don’t think we need to do that. We need to follow the steps, and get them to come here directly and talk to all of us so we can be successful everywhere.”

Developing coaching and training infrastructure to enable area athletes’ success on a larger stage is essential to Blair, starting at the top of the ladder.

“Glen and I spoke about this and he is working on it,” he said.

With hosting duties heavy on the councillors’ minds, both Kirschner and Blair are taking the issue seriously and actively looking for answers.

“We have to take this as a lesson and go ahead from here,” said Blair.