Bilingualism can open doors to the world 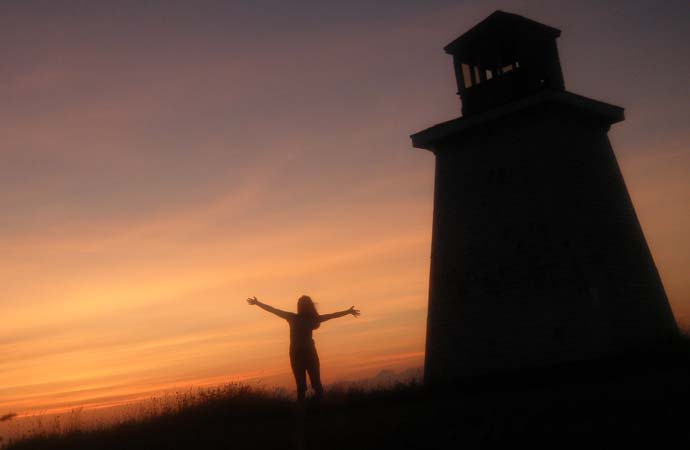 Spending five weeks at school over the summer is not most teenagers’ idea of fun.

But what if that included staying at a college on the coast of Nova Scotia with hundreds of other young adults, having costume parties, softball tournaments and going on excursions to cliffs offering stunning ocean views  – all in a different language?

That’s what Alex James, 17, from Fort Smith did this summer through the nationwide French-English exchange program Explore. For five weeks, James studied French at Université Sainte-Anne in a total immersion environment where speaking English was forbidden from the moment she woke up to the moment her head hit the pillow at night.

She said the experience was anything but boring.

“I loved Sainte-Anne so much,” she said. “It was amazing.”

Through Explore, students take French courses from qualified professors in the morning and have cultural workshops in the afternoon. Most evenings are filled with French language activities, from movie nights to sporting events.

All of it is free. Through the Explore program, the Canadian government gives each student a bursary covering the cost of living and university-level tuition for the term. All the student has to pay is their way there.

“Part of it is just a way to get away from home,” James said. “But it’s about learning the language and the Acadian culture, just being immersed in that.”

Through the program, students can get placements all over Canada, mostly in Quebec but even on the west coast. James said she will be applying to do it again, perhaps in a different location.

“I’d love to learn more about French culture,” she said, adding that she plans to get involved with programming at the Francophone Association in Fort Smith.

Mathieu Doucet, a development agent with the association, said that while Fort Smith is still far from being a French environment, residents in the North are increasingly coming to realize the importance of being bilingual – in any second language, not just French.

“For people who want to step outside the community, being bilingual is the best gateway towards that, to go anywhere,” he said.

But, he said, in order to create a fully bilingual individual, a total immersion environment – like the one James experienced in Nova Scotia – is necessary so those learning the language do not lose it. This, he said, could be a challenge in a place like Fort Smith.

“We don’t have the (French) community, but we have a very big openness, which is great. Parents want to see their kids learn,” he said. “But the other supports are not there. French has to be spoken at home, within the community. They need to have that web of resources that can be accessed whenever they want.”

While a French immersion program was started at JBT Elementary School several years ago, supports are missing for high school students, meaning most start losing the language after the age of 12. Still, he applauded the community’s progress in establishing French education for its children.

“We are lucky that in Fort Smith that we have that openness,” he said. “I take my hat off to all the parents who have worked to get an immersion program in Smith. Opening up to cultures, including First Nation cultures, is very important.”