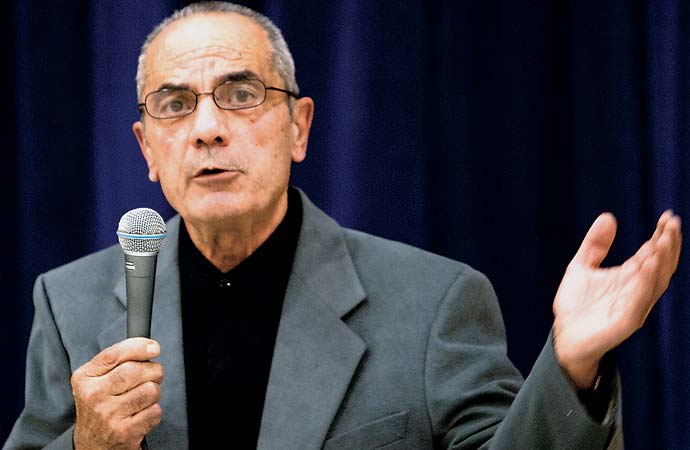 Peter Martselos denies the allegations of vote-buying currently under investigation.Photo by Paul Bannister.

David Brock, Chief Electoral officer of the NWT, is reviewing the complaints of two Fort Smith residents who alleged in letters that losing Thebacha MLA candidate Peter Martselos bribed them to get their votes.

The two letters state that Martselos, who placed second in the  recent territorial election after incumbent MLA Michael Miltenberger, approached the individuals in public and offered them money in exchange for their vote.

“I was sitting in front of Kaeser’s store when Peter Martselos came by,” reads the letter from Lawrence Bruno. “I told him I was short for a couple of bottles of wine. He told me I’ll give you $20 if you vote for me.”

A similar letter from Raymond Beaulieu makes the same claims.

“This is not correct because I never, ever saw them election day,” Martselos told CBC Radio in an interview on the matter. “I know the rules and regulations and I never give money or anything else to anyone.”

Bruno said he took the money to buy alcohol, but said he did not vote for Martselos.

The two letters were compiled and sent to Brock by Bruno’s sister, Olga Mansbridge, along with a broader letter of complaint requesting an investigation. Mansbridge, a Fort Smith resident, included several additional concerns about inaccuracies in the voters list where people no longer residing in Fort Smith were able to vote in the election.

Brock said he takes all complaints to do with elections seriously, and that would be true in this case as well.

‘I take every complaint seriously’: CEO

He said his office has three escalating stages in dealing with election complaints, starting with an automatic review of the complaint.

If grounds are found, it would proceed to the second and more serious stage of a formal investigation. If evidence of wrong-doing were found at that stage, some sort of enforcement action would be invoked.

Brock said he would initially ensure the complaint is not frivolous or vexatious and that it is serious and properly justified, before proceeding further.

“I take every complaint seriously,” he told The Journal. “This one is still at the stage of a review.”