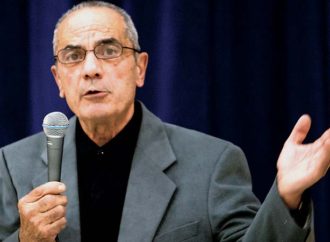 The NWT’s Chief Electoral Officer has dismissed a complaint alleging Peter Martselos, a candidate for Thebacha MLA in the fall election, was guilty of vote-buying.

In a press release issued Monday morning, NWT Chief Electoral officer David Brock said the complaint filed by Ms. Olga Mansbridge was dismissed on the grounds that “the evidence was insufficient to justify further action.”

The complaint alleged Martselos gave two men each twenty dollars in exchange for a commitment to vote for him, stated the press release. Two letters signed by Fort Smith residents stating that

Martselos had offered them money to vote for him were sent to Brock by Mansbridge.

The review of the complaint was carried out in accordance with the Elections NWT Enforcement Policy and the Elections and Plebiscites Act.

The file is now closed, states the press release.