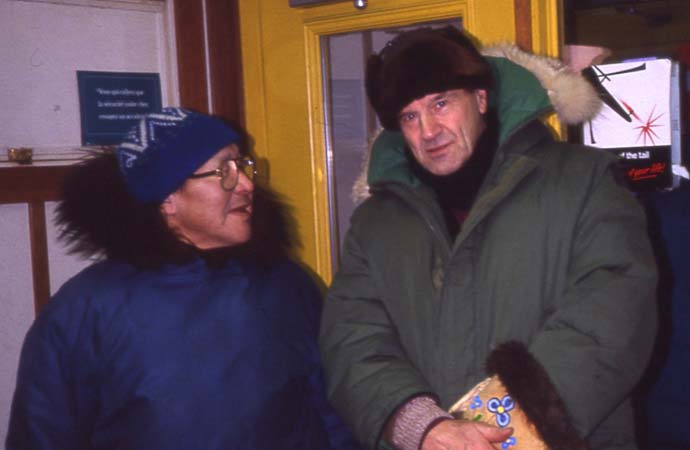 Bishop John S. Sperry passed away in Hay River on February 11 at the age of 87.

Sperry served as an Anglican minister in Kugluktuk and Fort Smith before being named Bishop of the Arctic and moving to Yellowknife. He served as diocesan bishop from 1973 to 1990.

Sperry was instrumental in translating the Bible and hymns into Inuktitut, and during his time in the North resided in the eastern and western portions of the pre-division Northwest Territories and Nunavik.

“He was wonderful, absolutely wonderful. One of the greatest men I have ever known,” said Barbara Kaeser-McArthur, a former parishioner of Sperry’s at St. John’s Anglican Church in Fort Smith.

Sperry’s experiences were many and varied, including serving in the British Royal Navy during the Second World War before coming to Canada.

Sperry was known for his sensitivity to Inuit needs and respect for their culture and way of life, learning their language and translating prayer books. He frequently travelled to different communities by dog sled.

After retiring in 1990, Sperry often visited Inuinnaqtun elders at Stanton Territorial Hospital in Yellowknife and served as chaplain for the Rangers’ Task Force North division. In 2001, Sperry wrote a memoir of his time in the North, Igloo Dwellers Were My Church. On July 5, 2002, Sperry was awarded the Order of Canada.

He suffered several heart attacks this past fall and winter and was in delicate health. Funeral services will be held in Yellowknife on February 18.