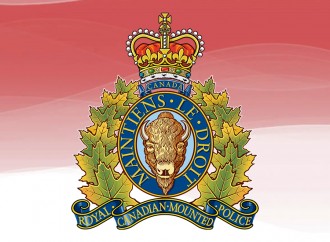 The community of Fort Chipewyan is mourning the tragic death of a 32 year-old man who perished after being stranded outside town Saturday night when his snowmobile ran out of gas.

The individual, whose identity is being withheld out of respect for the family, was returning from a work-site outside the community when the incident happened.

Wood Buffalo RCMP said it appears he attempted to walk to find help, but was unable to reach anywhere in time. His body was found not far from the snowmobile.

The incident reportedly happened some time after 8:00 p.m. on Saturday, Feb. 25. RCMP received a phone call reporting the man was missing on 8:00 a.m. Monday morning. His body was found later that afternoon near Lake Athabasca in the Goose Island area.

The cause of death is yet to be determined, but preliminary reports indicate frigid temperatures played a factor. Temperatures Saturday night reached -29C with the wind chill.

The individual was working as a contracted guide for Calgary-based company Golder Associates Inc. at the time. According to Golder spokesperson Ivan Giesbrecht, the company’s work-site was a 45-minute snowmobile ride outside of Fort Chipewyan.

Golder Associates is currently performing an internal investigation to help understand any contributory causes to the incident, and expressed condolences to the man’s family.

“We are all very shocked and saddened by this tragic event and we extend our deepest sympathy to his family, friends and community,” said company president Mark Brightman. “This is a very sad day for Golder Associates and for those in Fort Chipewyan who knew him. We know he was a respected member of his community. Although he had only worked for us a short time, his contributions were greatly valued.”

Details of the individual’s contract with Golder Associates, such as who was responsible for fuel and equipment, could not be made public at this time.

“Specifics of the contract we had with this employee are part of our ongoing internal investigation,” said Giesbrecht. “Naturally, we are also cooperating with Alberta Occupational Health and Safety in their own investigation. Due to these investigations, I’m not able to release further information at this time.”

Giesbrecht indicated guides contracted by the company used their own snowmobiles.

A police investigation into the death is ongoing, but RCMP said they do not suspect foul play.