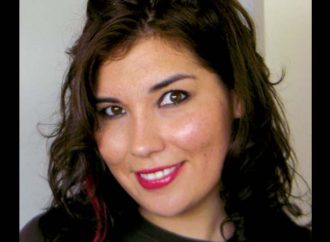 A nurse turned law student from Fort Smith is hoping her extensive education in public health and Aboriginal law will allow her to represent people whose health has potentially been affected by oilsands industry.

Melissa Daniels, who grew up in Fort Smith, recently finished law school at the University of Saskatchewan and is practicing as a student-in-law at a Vancouver law firm. This June, she will be attending Harvard’s negotiation summer program and hopes to become the first Northerner to get her Masters from Harvard Law School.

But Daniels did not start out in law. She began with a degree in nursing, getting a job as a nurse at the Fort Smith Health Centre right out of college. With just a year’s experience, she soon got a job in public health, followed by an instructor’s position at the University of Lethbridge, where she also coordinated a $1 million Aboriginal nursing support program.

Daniels said she wants to use her background in both health and law to pioneer a case in environmental health that is unprecedented in Canada, eventually leading a class action lawsuit against the oil industry for people whose personal interests, she said, have been compromised.

“Health and law, and environmental health specifically, is not an area that has been well-researched,” Daniels told The Journal from her home in Edmonton. “It’s always been branched into two areas of law – health or the environment. Rarely do you see them together, but they do really go hand in hand.”

Daniels said being from Fort Smith and a member of the Athabasca Chipewyan First Nation makes the issue a personal one for her, while her background in public health first introduced her to issues of environmental health related to Dr. David Schindler’s research on the oilsands. She said she understands why people are opposed to the government granting oil companies leases on First Nations’ traditional territory.

“This is affecting my people the most,” she said. “I just want to learn more so I can be better equipped to help people. I think that’s why I went into nursing. I just want to help people, and I’m just finding different, broader ways to help people, going from a caregiver in a one-on-one perspective to hopefully being able to represent a thousand people.”

Beyond her dreams of being a leader in environmental health, Daniels said she also wants to lead other Northerners to realize their potential through education, noting that she never graduated high school, but through hard work, managed to get to where she is today.