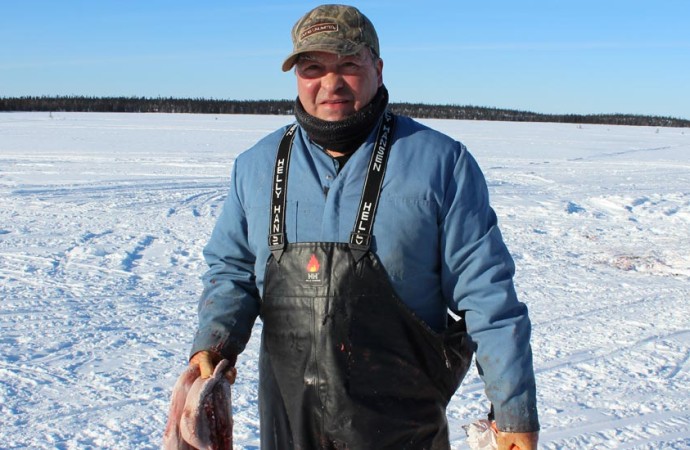 The Beverly and Qamanirjuaq Caribou Management Board (BQCMB) is demanding that mineral exploration permitted in the heart of the Qamanirjuaq calving ground in Nunavut this summer be cancelled permanently out of concern for the herd’s declining numbers.

Anconia Resource Corp. is scheduled to start exploratory drilling for base metal ores between Arviat and Baker Lake in mid-July when the area is expected to be occupied by cows and calves.

Board chair Earl Evans said the exploration is likely to have a detrimental effect on herd health by disrupting its critical summer feeding time, driving caribou out of their prime calving and post-calving area, potentially for good.

“They’re destroying some very, very valuable wildlife area that takes 50 to 100 years to come back,” Evans told The Journal. “It’s going to push the animals further and further away. It’s going to make it harder for the communities to access caribou, and the long-term effects are some of this land that they’re drilling on will probably be damaged permanently if a mine takes place there.”

The Kivalliq Inuit Association gave Anconia the go-ahead in March after the Nunavut Impact Review Board (NIRB) recommended approval. Recently, a second land-use permitting request from the company bypassed the environmental review process altogether after the NIRB determined it unnecessary. That permit application is currently being processed by the federal government.

The exploratory work consists of boring 10 holes with one drill, which will be capped when the work is finished. The company also intends to use an existing camp nearby rather than develop a new one.

Along with restrictions outlined in its licence, Anconia has also committed to complying with Nunavut’s Caribou Protection Measures, which limit the start date for exploration in the calving region to no earlier than July 15 and force companies to stop drilling if caribou are within 1 km of their work area.

But Evans said these measures are likely to be ineffective. The board is demanding a full review of the entire process.

“We don’t want any exploration at all because exploration leads to development,” he said. “By letting them do exploration there, that’s telling them that there is going to be further development there; otherwise why give them false hopes?” 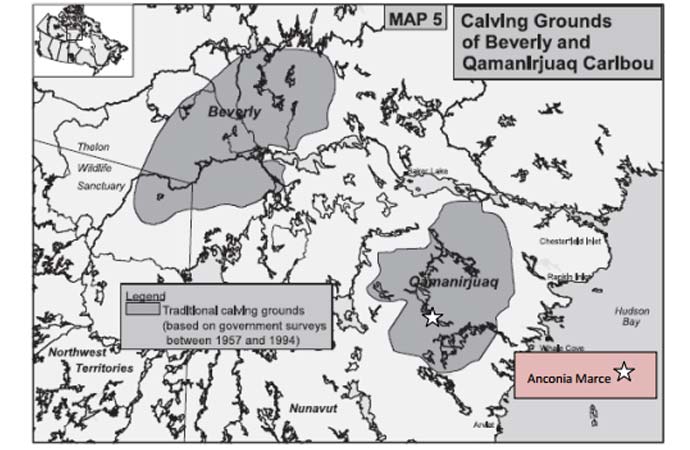 Evans said the real threat to caribou are roads and flights in and out that come with mines. Studies show caribou avoid roads and developed areas as much as possible, and stop eating when flights pass overhead. The results are changed migration patterns, higher mortality rates and less access for Aboriginal subsistence hunters. Evans said hunters from Fort Smith, NWT to Arviat, NU have to travel hundreds of kilometres to reach herds that used to surround communities 10 years ago.

He said disrupting caribou in one area has the potential to hurt caribou everywhere in the North, regardless of what herd they belong to.

“Caribou are a very, very delicate species. They can adapt to lots, but habitat loss is huge and very detrimental to the caribou because if they have no habitat, they have no food. That’s it for them,” he said. “These areas where they want to feed and there’s mining development – they don’t want to go there. So it’s going to have quite an impact on their body condition. Animals in poor body condition don’t have the reproductive numbers that they should have. It’s just an overall detrimental effect on the whole herd – not just one herd, but all herds, because there’s a lot of mixing that goes on.”