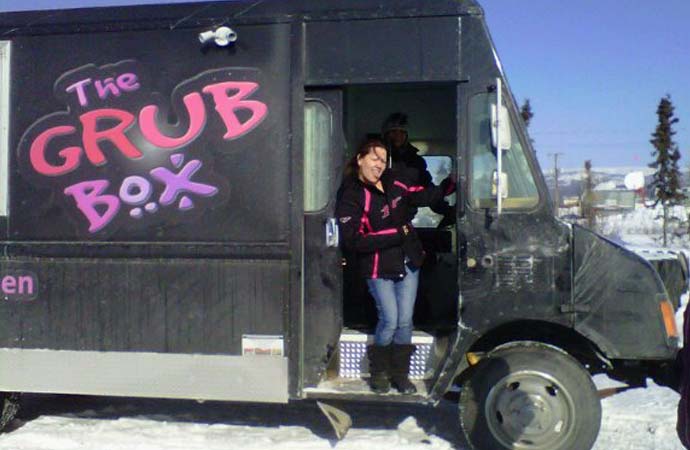 Norman Wells’ economy has been boosted by an influx of oil workers in the last year, and as the boom shows little chance of slowing, neither do opportunities for entrepreneurs.

“I think it’s really good for businesses here. Norman Wells really needed this,” said Nichole Richards, executive director of operations at the Sahtu Business Development Centre (SBDC). “A lot of them were struggling until this happened.”

Last year was the first busy winter for resource exploration, but Richards indicated the community’s population hasn’t increased substantially yet. While oil workers mostly remain in camps outside town, that is likely to change once development begins.

“It’s going to be a big shift,” Richards said. “There’s going to be a population boom. We’re already seeing a housing shortage and we don’t really have the land set aside on which to build new houses yet. There’s a lot in the works.”

Incoming workers are also putting strain on the existing supply chain. Richards described how last winter local residents went to the town’s two grocery stores and found there was no bread or milk as all had been bought by oil companies to ship out to the camps.

Although Richards is concerned with the potential social impacts of development, she also sees the situation as a chance for locals to benefit.

“Here in Norman Wells, we’re getting really busy and there’s going to be a lot of opportunity, so I’m hoping that local people will step up to the plate.”

One of the most glaring holes in the market is a source of personal protective equipment for oil workers, Richards said. “These businesses are flying in all their stuff, like hard hats and work boots. If we had a local store, they could buy it here.”

One of the success stories of the past year is Mandi McDonald’s mobile food truck, The Grub Box. McDonald opened her truck in April and soon after won the Community Futures 2012 National Community Impact Award for Norman Wells.

McDonald looks forward to the population increase in Norman Wells. She already does a lot of business with the oil companies through the catering branch of her enterprise, which is active in the winter when it’s not practical to run the truck.

“The more people in town and the more workers, the better it will be for my business,” she said.

McDonald also encourages fellow residents to start their own businesses, adding there is a lot of money to be made in Norman Wells. She admitted it can be hard to get around market disruption policies, which prevent the territorial government from lending money to businesses offering goods or services already available in the community, but that it’s possible with a bit of creativity.

Economic opportunities associated with developing the Sahtu are not limited to the region’s boundaries. Todd Noseworthy, general manager of the Deh Cho Business Development Centre, said increased traffic going through Fort Simpson has allowed the hospitality industry to grow, as well as some services like gas stations.

While big businesses like oil companies create a lot of jobs, Richards argues that small local businesses remain important to the economy and well-being of the community.

“It helps keep our money in the NWT,” she said. “It helps generate money here and employs people from here, who in turn employ even more residents. It’s just nice to have businesses that are from, and for, the Northwest Territories.”