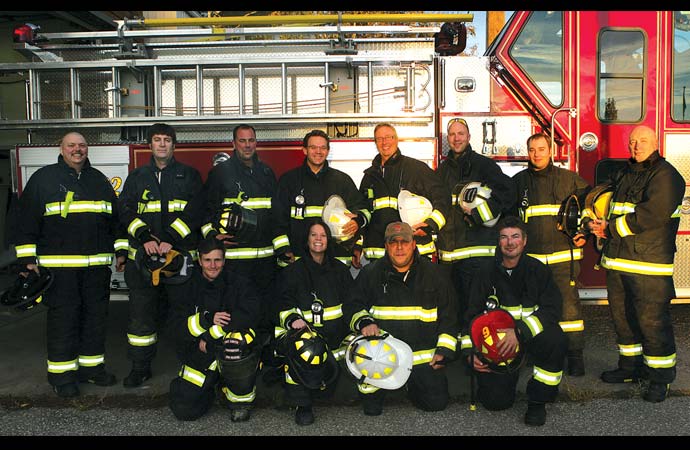 Have you always thought it would be cool to be a firefighter? If so, the Fort Smith Fire Department wants you.

This year as part of Fire Prevention Week,  the department is hosting a meet and greet event on Wednesday, Oct. 10, hoping to recruit new members.

“We’re working on bringing people in and talking to them about what the fire department is about,” said deputy chief Jason Panter. “We can be more pointed because we’re getting people who already have some kind of interest.”

A general lack of firefighters is a common theme in many small Northern communities dependent on volunteer departments for their safety, but Panter said the problem isn’t restricted to the Northwest Territories.

Ideally, the department would have about 25 people, but the Fort Smith contingent is down to 20 member s. That number isn’t truly indicative of the real size of the brigade, however, as often all members are not available.

“At any time, some of them can be traveling for work or for personal reasons or somebody is sick. You may have 20 on the roster, but only 10 in town, or less. In the summer we’re quite often working with a skeleton crew,” Panter said.

As to incentives to join the department, Panter said most Fort Smith members stay because of the sense of camaraderie they feel with their fellow firefighters. “It’s definitely an extended family. In the end you have a lot of people who have got your back.”

The territorial government offers internationally recognized training programs and certifications through the department. Some of the current members have taken enough courses over the years to be career firefighters anywhere in Canada.

But according to Panter, it’s really the bond between members of the department that matters.

“It’s the nature of the work we’re doing,” he said. “You have to trust each other out there because the person outside making sure the water is flowing is your lifeline when you’re the person inside fighting the fire.”