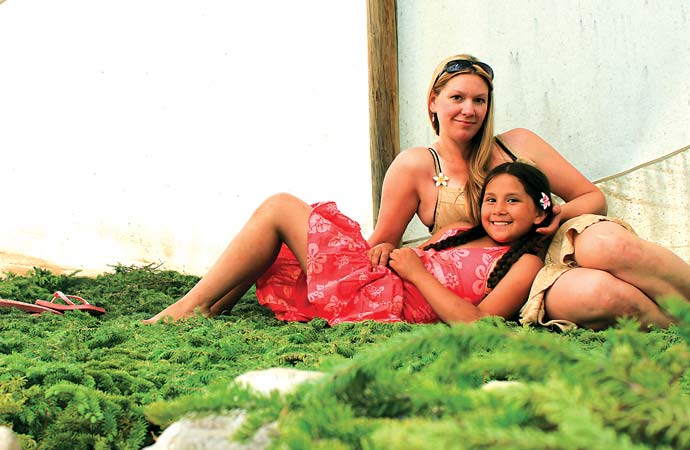 Nichole Richards has lived in, and loved, the Sahtu since her family moved there in her youth, which is why she recently turned her passion for photography into a mission to promote the region to Canada and the rest of the world.

Richards sells calendars and cards chock-full of breathtaking photos she took of the Sahtu from her home in Norman Wells, as well as through the local Heritage Centre gift shop. She said there is something about an image that captures the deepest nature of a scene and can be enjoyed long after the reality has vanished that appeals to her.

“I like taking pictures of the landscape more than people,” she said. “I love where we live and I want to promote it in a positive way.”

Her family moved to the region for six months when she was six years old, but 30 years later, Richards is still in Norman Wells raising her own daughter, Ava, steeped in Northern tradition.

Ava is the subject of Richards’ biggest piece so far, Adventures of Ava Janine: The Adventures of a Young Canadian Girl in Canada’s Spectacular Northwest Territories, a book about the life of a child growing up in the bush in the Canadian North.

“It began because I had thousands of pictures and I wanted to make something for family,” Richards said. “I made it educational from the beginning just in case, and now every school in the Sahtu has a copy.”

Richards said her daughter learned many things that may be quite common in the Northwest Territories – such as hunting and skinning animals and plucking ducks – that may be something of a revelation to people in southern Canada. Richards also feels that, despite the recent economic development and influx of people to Norman Wells, the Sahtu is sadly under-represented on the national stage.

“So many people come through here for work and they want to send something of their experience here back to their families,” she said. “But there was nothing with ‘Norman Wells’ printed on it.”

Many of Richards’ products seek to rectify that situation. While she finds most tourism material for the NWT to be focused on Yellowknife, she said the Sahtu has an equally stunning impact.

Nichole Richards’ creations are sold at the Norman Wells Historical Centre gift shop, with prices ranging between $20 and $30. Richards can also be contacted directly at nicnacker@yahoo.com.