Sahtu becomes light at the end of economic tunnel 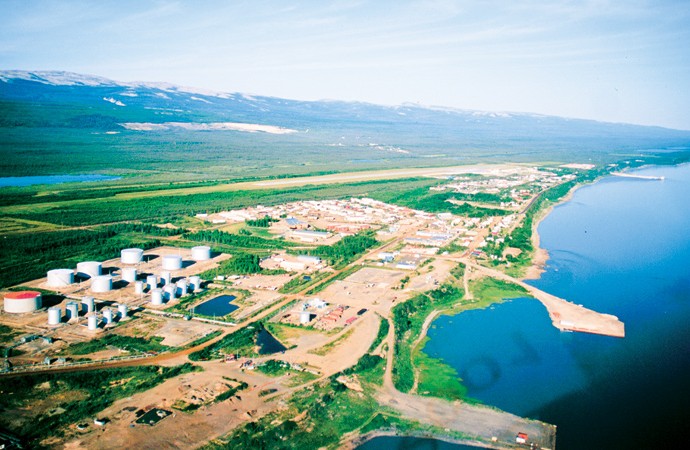 Norman Wells gave Yellowknife a run for its money last year with the amount of government and industry meetings held there.

The Sahtu or Central Mackenzie region of the NWT – and the town of Norman Wells in particular – has become the bastion of resource development in the territory.

Perpetually on the tip of Industry, Tourism and Investment (ITI) Minister David Ramsay’s tongue, the Sahtu, poised upon a richly abundant Devonian Canol shale oil deposit, is now held to be the saving grace of the territorial economy, the light at the end of the long, dark tunnel that is the all-but-dead Mackenzie gas pipeline project.

In fact, Ramsay says, stranded natural gas in the NWT could even hitch a ride south on the Sahtu oil development. Though the GNWT has not given up – at least, publicly – on the abandoned Mackenzie Gas Project, future oil development is the new, if not only, prospect on the table for oil and gas exportation (besides the bounty of offshore resources in the Beaufort Sea).

Natural gas, a by-product of shale oil development, produced in the Sahtu could be piped to existing infrastructure in northern Alberta. It could also help address the pressing energy crisis in the community of Norman Wells, which is frantically looking for a replacement supply as its well nears its final days.

A whopping $92 million in oil bids were submitted to Aboriginal Affairs and Northern Development last June for eventual drilling in the Sahtu region near Fort Good Hope, shared between MGM Energy and Shell Canada, with each picking up its own lease.

The two companies, already in partnership on another exploration license in the Sahtu, are set to drill one vertical well in the area between Norman Wells and Tulita this winter. A second, horizontal well – exploited through hydraulic fracturing – or “fracking” – was cancelled for this winter when Shell decided it would not foot the bill for an environmental assessment at this stage of exploration.

Thirteen parcels, encompassing an area of 170 km by 140 km, have currently been tendered within the Sahtu region, all of which are geared toward exploration. The exploration licenses require companies to drill one well within five years, for a total of 13 future wells overall.

Husky will be in the region again this winter to flow-test the two wells it drilled the previous winter, as well as to begin construction on a 40 km all-weather road. Both are encouraging signs for economic development in the region, according to Ramsay – and, perhaps, to the rest of the resource-obsessed economic plans for the territory.

“If they’re going to be looking at a project like that where they’re going to be spending $45 million to build that road, that’s a sizeable investment. So all the indications are that things look good,” he told The Journal back in September. “We just have to remain optimistic that they’ll move into commercial production at one point in time.”