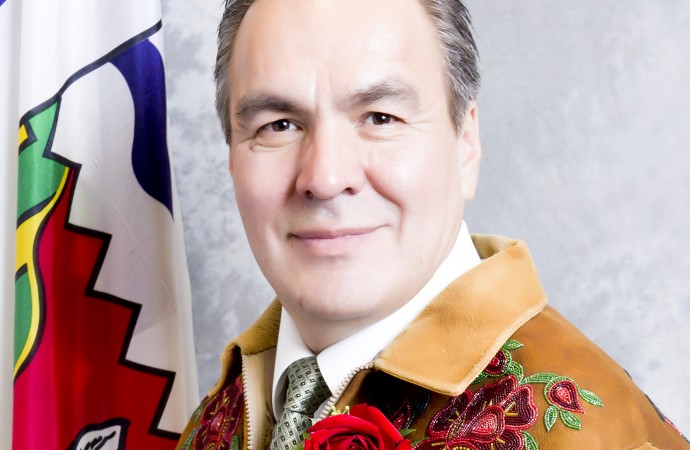 The territorial government needs to do a lot more research on hydraulic fracturing for oil and gas before the promised $700 million in investment starts rolling into the Sahtu region over the next few years, MLAs argued in Legislature last week – including making a visit to an actual fracking site. “Currently, we don’t have

The territorial government needs to do a lot more research on hydraulic fracturing for oil and gas before the promised $700 million in investment starts rolling into the Sahtu region over the next few years, MLAs argued in Legislature last week – including making a visit to an actual fracking site.

“Currently, we don’t have the capacity to deal with the wastewater from drilling and the long-term impacts of disposable wells are unknown,” Sahtu MLA Norman Yakeleya said last week in the House, noting that pipelines need twinning, roads need building and communities need preparing before a boom.

“We can guess the impacts of hydraulic fracturing based on what we see in other places, but we cannot predict the real long-term impacts on the land, the animals, the lakes and rivers of the Sahtu,” he said.

Members of the economic development and infrastructure (EDI) standing committee went on a fracking tour with Industry, Tourism and Investment (ITI) Minister David Ramsay and Yakeleya last year, meeting with regulators like the National Energy Board, environmental groups and industry in Alberta and BC.

But as Weledeh MLA Bob Bromley was quick to point out Thursday, that tour never included a visit to any fracking site, nor did it approach any jurisdictions who have banned fracking.

“Our so-called EDI fracking tour didn’t include a visit to even one fracking site. As part of this information gathering, will the ENR minister work with the Industry minister to ensure the promised southern tour of regional leaders includes a visit to a no-fracking jurisdiction and to meet with the Aboriginal leadership with extensive fracking experience in northeastern BC?” he asked.

“Let’s educate our public, support their fact-finding trips to actual fracking sites, and fully respond to their concerns with actions to address and resolve them,” he added.

Ramsay said there have been a number of meetings in the Sahtu on fracking and that leaders from the Sahtu attended a fracking tour in Calgary as well. He said more visits are in the works, including one to an active frack site.

“Sometime in April, I’m hoping to get a group of business leaders from the Sahtu down to southeast Saskatchewan and into North Dakota to talk to Aboriginal leaders in Bakken about what has happened there, and how Aboriginal governments and leaders here in the Northwest Territories can translate what is happening in the Sahtu to business opportunities for their people and make a better life for them and their families,” he said.

The EDI’s report on fracking, which recommended the GNWT get to work immediately on developing its own regulations and policies around the unconventional drilling procedure in time for devolution, was released last November.

Ramsay said ITI and the department of Environment and Natural Resources (ENR) would reply to the report by the end of the current session. ENR Minister Michael Miltenberger said the department will likely come forward this spring or early fall at the latest with the first fracking guidelines, based on best practices from other jurisdictions currently regulating fracking.

Both Yakeleya and Bromley expressed worries that the government isn’t moving fast enough to get the amount of detail required before it allows the area to explode with industrial activity.

“The need for environmental and geological baseline data essential for good management is clear, but are we committed to achieving this information before allowing full-scale development should reserves prove up?” Bromley said. “This data collection typically requires a full field program, partnered with local knowledge. It’s expensive, takes time and requires analysis and synthesis with existing information to be applied.”

“We don’t have to look any further than boom towns like Fort McMurray, Alberta, or Fort Nelson, BC, to see some of the social effects of fast-paced development,” Yakeleya said. “This winter, we have seen how exploration alone stretches the capacity in our communities.”

Ramsay said there is work being done to ensure both environmental and social concerns are being addressed. Over $1 million was allocated in the recent budget to mitigate impacts of development in the Sahtu, including the addition of a business development officer in Norman Wells. He said policing and education are also being looked at.

On the environmental side, Miltenberger said, there is also plenty of work being done.

“There are going to be dollars available to work on the groundwater mapping, the surface water and the wildlife baseline information as well,” he added. “All the wells that are being drilled and have been drilled have to do well monitoring sites, water monitoring sites. That information is going to be collated and pulled together so we can build a map of this central Mackenzie Sahtu region as it pertains to the status of the groundwater and surface water. That work is being done.”