Is the NWT birthing program dying? 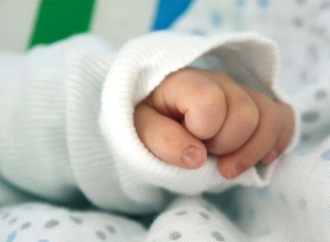 We are all of mothers. Every mother has experienced childbirth - some multiple times. Most babies are delivered by male doctors.

After a frustrating decade of lobbying, midwives were finally given official status in the NWT health care system in 2005. That meant they were actually paid for their work, but more importantly for them, they were finally given hospital privileges. That was only in Fort Smith, however, and it was only because there were two very competent midwives in the community who had worked under less than desirable circumstances for far too long, patiently persevering.

Here we are eight years later, and there are no new NWT midwives. Why is that?

One of the two stalwart women who have filled that role in Fort Smith for so long is about to leave, heading south. Half of the midwives in the Northwest Territories will be gone. Kudos to Alberta for hiring her to initiate a midwifery program in that province – for seeing the considerable value and serious need for it. Too bad that cannot happen in the NWT.

The practice of midwifery is thousands of years old. Training midwives to fill an integral role in the birthing process is common in many countries. It is proven, and it is safe. That is only the beginning. As an adjunct to birthing, midwives carry out many secondary, but still important roles that warrant, even demand their involvement:

There is much more. These few points only scratch the surface of why midwives are not only worthwhile, but essential in their role. What could be more important than supporting and assisting mothers during pregnancy and ensuring that newborn babies are well looked after, using trained, caring professionals?

Oh, and lest we forget, midwives are cheaper than doctors. The discussion of the high cost of health care has fallen off the public radar in recent years, but those costs continue to grow, and grow. One would think a solution that reduces medical costs and offers so many other benefits along with a proven record of being safe, would be embraced quickly. Yet here we are, eight years since midwifery was finally, grudgingly accepted, and there are still no new midwives in the NWT.

There is no mentoring program where young women interested in taking up the career can be interns. There is no fast track training or specialized college program for nurses, or even an attempt at recruiting the ones who might be interested in taking further training to become midwives. Surely some sort of education and/or apprenticeship program could be devised.

There have been consulting reports that say more midwives in the NWT would be a very good thing. But there seems to be no creative vision, no political will and certainly no plan to make that happen. Why is that? Who is dropping the ball?

Before midwives became accepted in the NWT, some of the obstacles came from a male dominated medical system where feelings ran high that there was just no place for such a thing. Midwifery was not relegated as far down the ladder as witchcraft, but let’s just say it had its detractors. When, after many battles, the war was finally won and midwifery became accepted, it seemed the doors had finally opened. Now there seems to be a new form of intransigence that has inhibited the evolution. It is seemingly stuck in the mud.

What a pity. All mothers-to-be in the NWT, fathers and their yet unborn children – indeed all Northerners – are worse off for that.