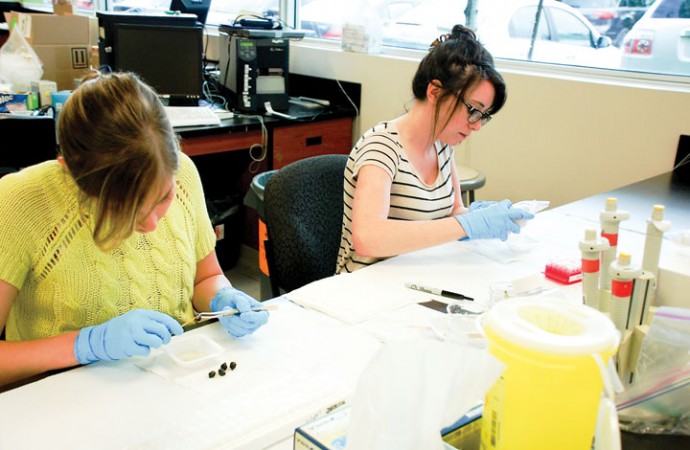 Scientists are one step closer to unlocking answers surrounding the mysterious genetic pool of woodland and barren ground caribou in the Sahtu region following a large community effort to collect and submit scat samples over the winter.

Head researcher Jean Polfus, a PhD student from the University of Manitoba, said 112 samples from woodland caribou and 34 from barren ground caribou were collected with the help of hunters, trappers and community members from all the Sahtu communities between January and April.

With the first field component of the study done, the hard part begins. Scat samples are now at the lab, having their DNA identified, which requires the use of high-tech machinery and two analysts per sample to do the “scoring,” or DNA profiling, to be able to tell what genetic mutation each caribou has.

Polfus said preliminary results should be in by the end of the summer.

Though she’s collecting barren ground scat and even moose scat samples, Polfus said her priority is the woodland caribou, which is not as well known and is an easier sample group.

“I think understanding the woodland caribou population is something we can definitely do through genetic data,” she said, partly because they’re more sedentary than the barren ground caribou, and also less populous.

The study was born partially out of community interest in the movement and “families” of caribou in the region, with an underlying concern about wildlife health underscoring their curiosity.

“That’s definitely where this study has stemmed from,” Polfus said. “We’ve worked collaboratively with the renewable resource councils in all the five communities of the Sahtu to develop the questions and the method that we would use, and there’s a very large component of traditional knowledge in this study.”

Besides involving communities in the sampling, Polfus has led focus group meetings in Norman Wells, Tulita, Fort Good Hope, Colville Lake and Deline to share the results of the sampling and ideas for improvement next year. 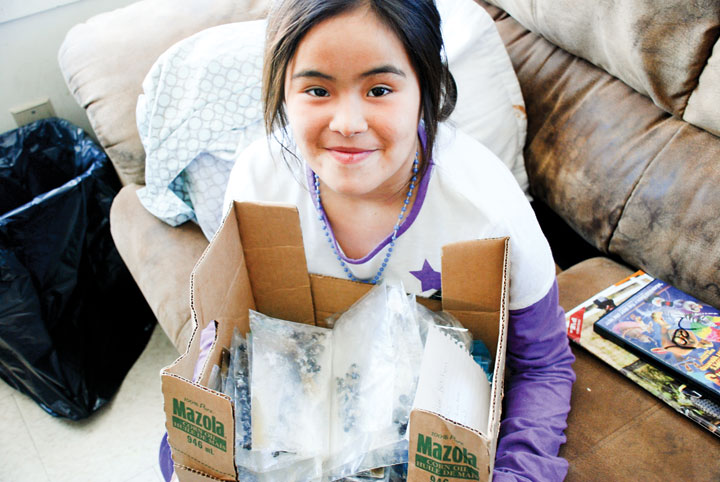 Veronique Kochon, the youngest participant in the study, collected 23 caribou scat samples from Colville Lake on her own.

With at least one year of sampling left in the study, Polfus said the coming results are just a start, but they could hold important implications for monitoring caribou as industry swells in the region over the next few decades with the advent of oil and gas activity.

Studies in southern Canada have shown roads actually block gene flow – the ability of caribou to be able to spread their genes across the landscape – because caribou are crossing them less frequently to breed with other genetic populations.

“What happens is you have two populations on either side of the road becoming more like each other among themselves and less like each other across the road,” Polfus said. “You can actually pick that up in 10 or 20 years of a road development.”

That leads to concerns about a loss of genetic diversity and, so, the overall health of the caribou.

“I think there’s definite concern with the development in the industry blocks, so especially people in Tulita and Norman Wells and Fort Good Hope are interested in trying to monitor and look at the populations there,” she said. “If we start now, we’ll be able to see if there’s any changes that occur due to increased development, increased roads and things like that.”

Polfus said she was encouraged by the numbers of people who helped collect samples.

“I think it bodes well for next year because the people will know about the project and be ready to start bringing in samples again when the ground is frozen and we have snow in November or October,” she said.

Next year, Polfus is hoping they’ll be able to fill in geographic sampling gaps, especially for woodland caribou, with the help of locals. Currently, she has samples from around the communities and along the Mackenzie River and winter roads, as well as from near industrial sites thanks to support from ConocoPhillips, Husky and Explor.

“One thing that we’re going to work on is working with individual trappers and hunters who are really interested in going out with us to sort of fill those sampling gaps in different areas,” she said, both targeting specific areas missed by this year’s sampling and where people know caribou are.