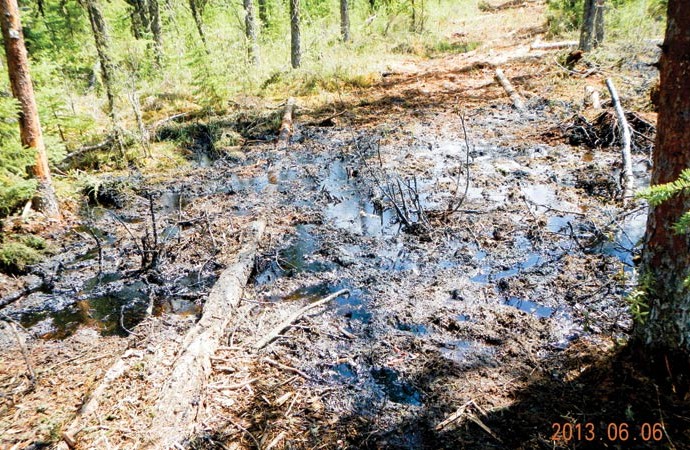 Heavy oil continues to gush uncontrolled - now for 10 weeks and counting - from an underground oilsands well in the Cold Lake area of northeast Alberta, killing animals and vegetation. 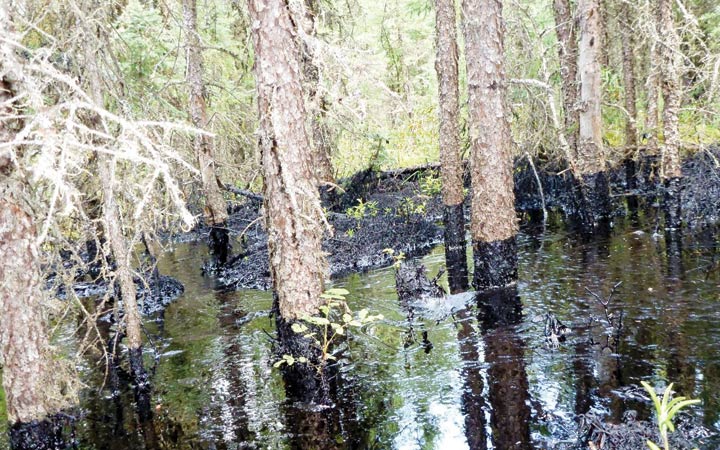 Four blowouts have occurred from Canadian Natural Resources Limited’s (CNRL) Primrose operation, the first being reported on May 20 and the fourth release taking place June 24. The Toronto Star, which broke the story, estimates more than 4,500 barrels of bitumen have been released onto traditional Beaver Lake Cree territory.

The Alberta Energy Regulator (AER) has ordered CNRL to enhance monitoring and accelerate cleanup efforts, but the leaks have yet to be managed.

“The Alberta Energy Regulator is investigating all instances of bitumen release to surface in relation to this project,” AER’s CEO Jim Ellis said in the most recent press release, July 18. “Although there have been no risks to public safety, until we investigate these incidents, better understand the cause of these releases and what steps Canadian Natural Resources Ltd. will take to prevent them, we are taking these measures as a precaution.”

The Athabasca Chipewyan First Nation (ACFN) says the Cold Lake case is yet another reminder there is serious mismanagement in Alberta and its regulatory processes.

“They’ve been super-heating and pressurizing the ground for the last decade now in that region and lo and behold, something has happened and they have no idea how to control it,” Eriel Deranger, communications coordinator for ACFN, told The Journal. “They don’t know the long-term impacts of these projects and this is a prime example that government and industry don’t have the foresight or the technology to back up their assumptions of what these projects will really do to the land, environment and ultimately the people.”

Deranger said this incident is a “wakeup call” and people in northern Alberta should start “paying closer attention” as more oilsands development is sure to come in the near future. 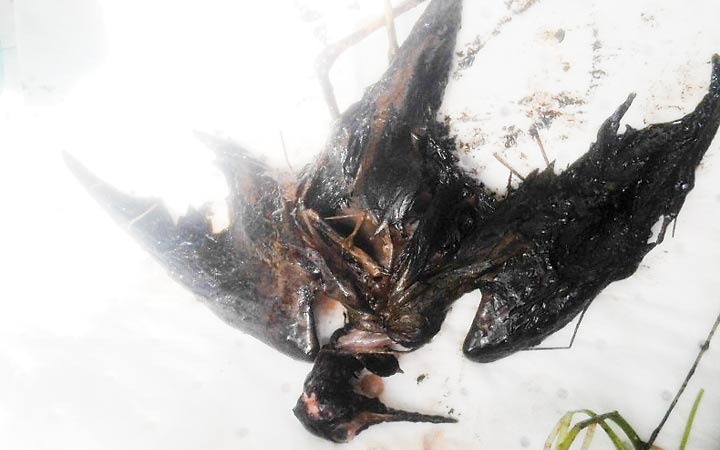 The lifeless body of a Lesser Yellowlegs shorebird is one of many found dead and covered in oil in the Cold Lake region.

The disturbing news of the uncontrolled Cold Lake leak came just weeks after an oily sheen washed up along shores near Fort Chipewyan in an already bad year for Alberta’s spill record, including the June leak of 9.5 million litres of contaminated water in Zama City, 100 km south of the Northwest Territories border.

“It’s been a terrible year for oil spills…Alberta has a proven track record of failing at the upkeep of their pipelines. We’re talking about some serious mismanagement and misclassification in the region,” Deranger said, speaking specifically to the fact that in situ oilsands projects are deemed “environmentally benign” by the Alberta government. “What’s happening in Cold Lake is an indication that we are jumping before we look.”

The Pembina Institute, a Canadian environmental and sustainable energy think tank, is critical in its assessment of the methods and technology being used to extract heavy oil.

“The fundamental design of this project…how much pressure they can inject underground without impairing the integrity of the rock formation…appears to have failed and therefore the approval that the project is based on should no longer be deemed to be valid,” Chris Severson-Baker, managing director at the institute, said. “The big question in my mind is: isn’t there something that can be done that can prevent bitumen from continuing to be released…something that can minimize the environmental damage right now?”

While there is surface damage to the surrounding boreal forest, Severson-Baker said potential negative impacts underground are even more concerning.

“The bitumen would have gone through about 500 metres of rock to find its way to the surface and these layers of rock would have held different types of groundwater – saline ground water, fresh ground water – so there would have been a contamination. We don’t know how much contamination at this point,” he said.

Severson-Baker says one leak in a project is unacceptable, but four consecutive leaks means a complete design failure.