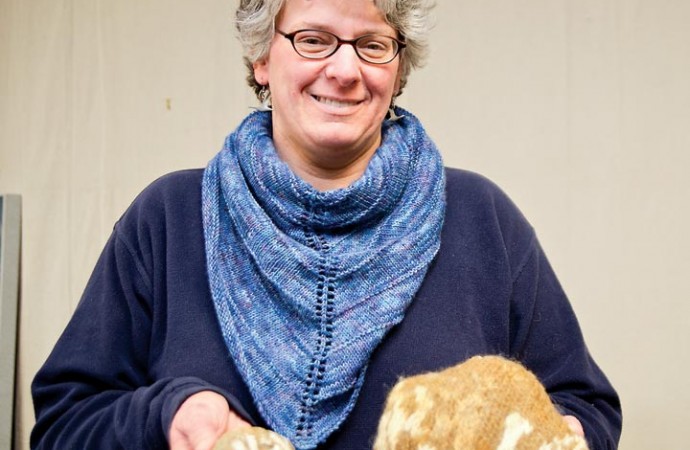 Hay River’s history served as inspiration for an art show this past weekend at the Hay River Museum.

Organizer Anne Boudreau came up with the idea of a collaboration between Hay River’s artists and the local museum as a way to celebrate Culture Days.

“I don’t recall somebody doing that,” Boudreau said. “Looking at an old piece and interpreting it.”

Local artists first met in late August to discuss the show and then sought out inspiration from the exhibits and artifacts on display at the museum, each choosing one piece to interpret for the showcase.

As this was the first such collaborative show, Boudreau said the participation numbers were not quite what she had hoped for, but she is planning to revive the idea next year and give artists more time to prepare.

Artists who contributed to the show were Chris Robson, Julia Trennert, Genevieve Clarke, Cindy Haley and Boudreau herself.

Many different media were represented, from painting to pen and ink, beading and knitting.

“It’s interesting to see (each artist’s) take on things,” Boudreau said. “It’s good when a show has a common theme and people can work towards it.”

Boudreau said she wanted to involve the museum in an art show to highlight its importance to the community.