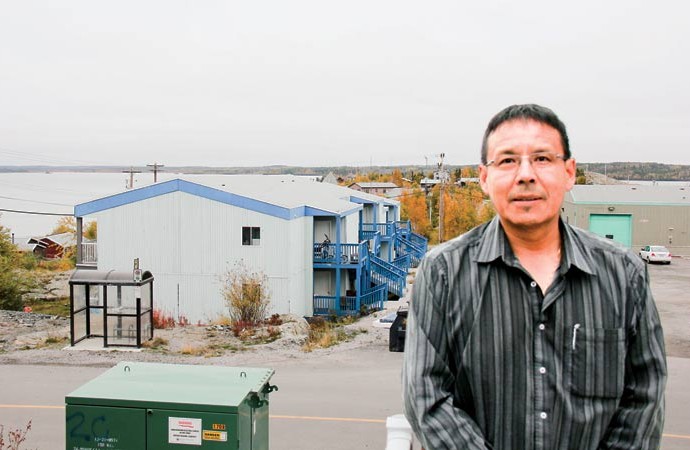 Gathered in a circle in the school gymnasium, the Yellowknives Dene community of N’Dilo searched for ways to counter substance abuse and violence that claimed the life of Daniel Faine last week.

Closed to the media, the healing session last Wednesday drew about 80 people – chiefs, RCMP officers, teachers, counsellors and a handful of youth.

The meeting went late into the evening, and afterwards, Chief Ernest Betsina said the consensus was that “we need to return to traditional living and values.”

Betsina added that “bootleggers and drug dealers are on notice. There is no place for them in our community; we want them out.”

Faine, 21, was fatally stabbed early Saturday morning after an all-night drinking party in the Latham Island community that borders on one of the oldest and most exclusive neighbourhoods in Yellowknife.

A 17 year-old girl, whose identity is protected under the Youth Criminal Justice Act, was charged with second degree murder and released on $5,000 bail last Wednesday in the custody of her parents, with conditions that she report to police and submit to tests for drugs and alcohol.

Her supporters filled the courtroom and spilled into the hallway outside. Many of them attended the community healing session, but only a handful shared the ages of the victim and the accused.

On-the-land treatment programs have been successful in treating addictions, Betsina said, and he wants to see more of them, along with treatment centres.

The chief said he did not know Faine, who was living in N’Dilo when he was murdered – only that the dead man was not a member of the Yellowknives Dene.

There will be more community healing sessions, he said, after the funeral for Faine, whose body was sent to Edmonton for an autopsy.

According to entries on his Facebook page, Faine was struggling to stay sober in a social scene rife with alcohol and drug abuse.

Both of his parents died within the last two years, and Faine appeared to have had few close friends. He entertained thoughts of suicide as he swung between sobriety and bouts of binge drinking.