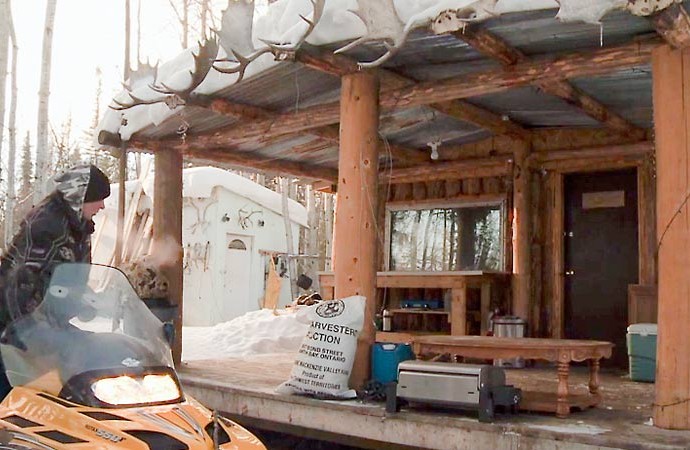 Wild TV fisherman Maxim Bloudov is hoping to put all other hunting and outdoors shows to shame with his new Northern reality TV show following the “extreme” lifestyle of a subsistence trapper from Hay River.

The show, tentatively titled Trapped, profiles third-generation trapper Andrew Stanley of Hay River as he is faced with the hard work and challenges of survival during bitter cold Northern winters on a remote trapline, getting the fur he needs to make a living.

Filmed in collaboration with the Artless Collective and Amos Scott, director of Dene A Journey, the 100 per cent NWT show has an eight-minute mini-pilot out for viewing and is waiting for word on funding to move into production on the 10-episode first season.

Bloudov, whose show Maximum Limit Fishing hit number one on Wild TV this spring, says he has few doubts about the impending success of the show.

“The major appeal of this is you don’t see footage like this on TV,” he said. “There are about 389 hunting shows in North America, there are about 80 fishing shows in North America, there are zero real trapper shows. This is going back to the origins of how people survived and lived thousands and thousands of years ago. There’s no firearms; you basically survive on your own and fend for yourself.”

Unlike large game hunting shows coming predominantly from the US, where hunters go out for the day or the weekend tracking everything from trophy bucks to exotic catches like cougars, Bloudov said this series is unique in that it doesn’t profile a sport, but an extreme way of life. 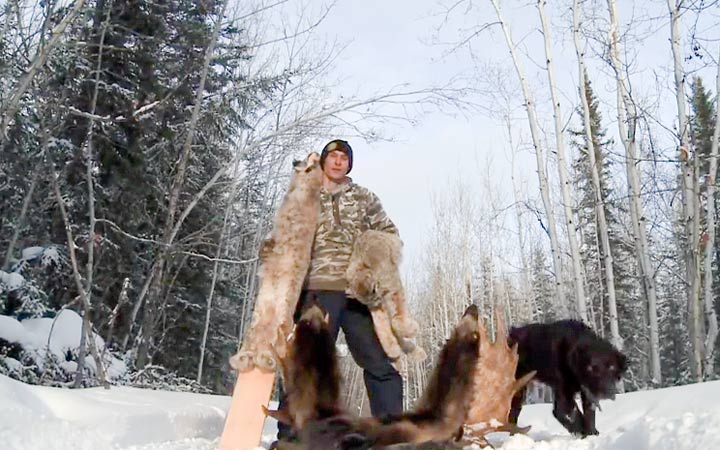 Hay River trapper Andrew Stanley is the focus of the new outdoors reality TV show Trapped, showcasing the life of a subsistence trapper and giving an inside look into the fur industry.

“This is his full-time job, so he actually spends weeks at a time by himself in the bush; 80 km is the closest hospital or any emergency service. This is kind of the lost art of bushman,” he said. “A lot of guys are still doing it, but they are dinosaurs. You’ll rarely see a young guy, third generation trapper in his family, in his thirties, actually doing it for a living.”

Bloudov plans to begin the series watching Stanley as he prepares for the season, hunting moose and netting fish to use as bait, oiling and setting up his traps and clearing the trapline, and then move into heavy duty trapping for fur-bearing wildlife like wolverines, martens and lynx before spring comes and Stanley starts trapping beaver.

Apart from the action, the pilot gives away Stanley’s colourful character, the kind that cusses at most mishaps and successes, who reveals his “dream girl” would wear a dress, know how to make a pair of mitts and shoot a longbow, and who shows with quiet intensity the trapper’s commitment to the trapline, despite the dangers of being so far out on the land alone.

“I want to be self-sufficient.”

The show will also give an inside view into the industry side of the trade, following Stanley as he deals with wildlife officers, fur prep and packaging, and ending with a finale at the Fur Auction Collective auctions selling his pelts for thousands of dollars.

“The thing I realized is how much actual work goes into this trade. People see them getting thousands of dollars for fur and think, oh it’s just skinning an animal, that’s easy. But it’s being in the bush for weeks at -40C, it’s cold, you’re there by yourself,” Bloudov said.

“That’s what I want to show in this, that it’s a lot of work…This guy, this is his life. He goes to his cabin, chops wood, cooks all his own meals and then gets up the next day and does it again. He can’t pick up a cellphone and call an ambulance if there’s an accident. It’s the extreme of the extreme; the original bushman…This is the reason you pay $6,000 for a pelt.”

Bloudov said he expects a large audience to come from the US, where people exhibit a strong fascination with the North, as proven by the success of existing Northern reality shows like Ice Road Truckers and Ice Pilots NWT.

He said he has a guaranteed spot on Wild TV, but is still looking at other broadcasters both nationally and internationally.

“My goal for the show is to basically trial it and to gain some ratings. It took me three years to get my number one spot on Wild TV, but I’m hoping being that this is such unique content that this will just take off right away,” he said.

To watch the pilot, visit http://www.youtube.com/watch?v=wPVbhgUvOxA.