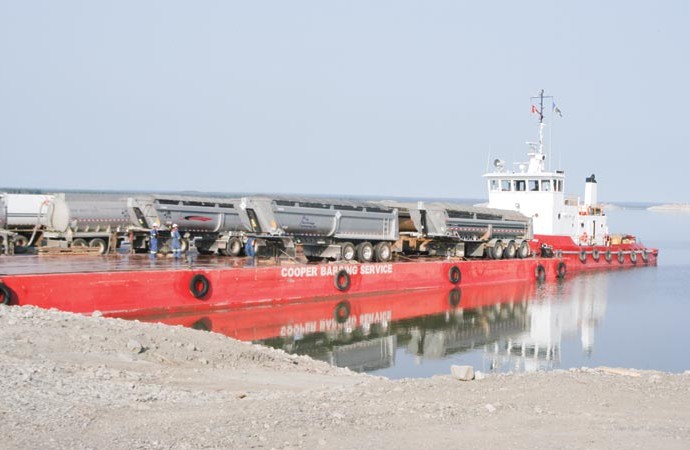 As more oil and gas development makes its way into the Sahtu, MLA Norman Yakeleya wants to ensure the region’s people have the skills to benefit economically.Photo: Alasdair Veitch.

Sahtu MLA Norman Yakeleya wants to see a new institute of training and technology established in the Sahtu to prepare the region’s residents for oncoming employment opportunities tied to proposed oil and gas development.

Yakeleya made the motion in legislature last week to have the government conduct a planning study into the viability of such an educational institution within the 2014-15 fiscal year.

He said the training centre would be key to allowing Sahtu residents, especially youth, access to the training needed to get much-needed employment in the variety of specialized positions required by the oil and gas industry.

“This motion talks about creating and having a planning study for a Sahtu regional institution of technology in the life of this government so that we can put plans together and get ready for the potential oil and gas exploration that’s going to happen in the Sahtu with all types of areas that we need to look at, from environment to oil and gas to administration,” he said.

The employment rate in the Sahtu is currently 55 per cent, Yakeleya said. Across the territory, 20 per cent of the population is without education beyond high school, and 9 per cent have less than a Grade 9 education.

At the same time, he said, millions of dollars are flowing out of the NWT because of the lack of local tradespeople.

“All through these years, we’re going to bring in over $600 million into the Sahtu, into the Northwest Territories, and say we need some help. We have seen workers coming off the planes. We don’t know where they’re from. They’re from the south and they’re working on our gas and oilfields because the oil companies say we don’t have the trades, we don’t have the expertise, the specialists. But we’re saying okay, let’s do something about it.”

Education, Culture and Employment Minister Jackson Lafferty said the proposal would have to go through the regular capital planning process, which is designed to weed out projects that aren’t considered high priority.

He said ECE has already been working on a needs assessment to determine what industry would require should a commitment arise from a company exploring the Sahtu potential. While the need could be promising, he said until a company commits to the region, it is largely hypothetical.

“We do not have either a scope of work or time commitment from the company currently exploring the region with a definitive or expansive drilling plan. We are, however, ensuring that we have continuing opportunities and people in place to address potential training needs and opportunities,” Lafferty told Yakeleya last week.

The minister said funding has been allocated for two new positions to support the coordination of training for the Sahtu region. The department’s new career development officer and Aurora College training coordinator will both be located in Norman Wells.

As well, Lafferty added, the Sahtu regional training partnership has a five-year plan to identify and guide training for the region.

Yakeleya’s motion was carried, leaving cabinet with 120 days to respond to the proposal.