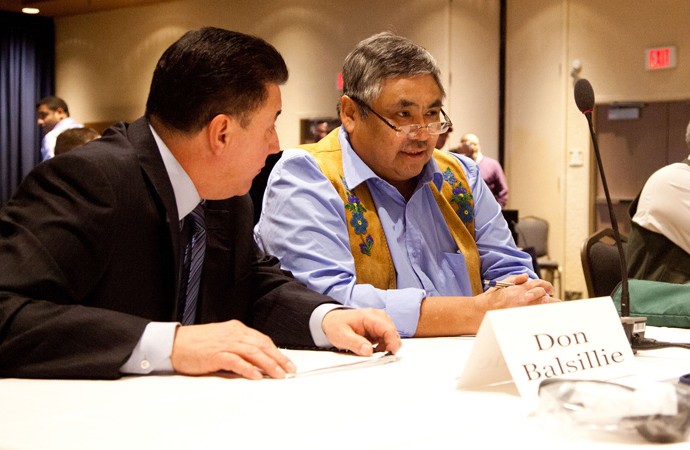 The public hearing on the NWT devolution bill last Monday has only sparked more debate over the controversial move to dissolve regional land and water boards in favour of a centralized superboard.

Aboriginal governments, various non-governmental organizations and GNWT representatives addressed the standing committee on Aboriginal Affairs and Northern Development last Monday in Yellowknife during a single day of scheduled hearings on the bill.

Dene National Chief Bill Erasmus said Wednesday that the federal and territorial governments need full Aboriginal consent on the piece of omnibus legislation, which both allows for the transfer of land, water and resources to the territory and pushes through federally mandated changes to the NWT’s regulatory system.

If not, he said, there will be “further challenges.” 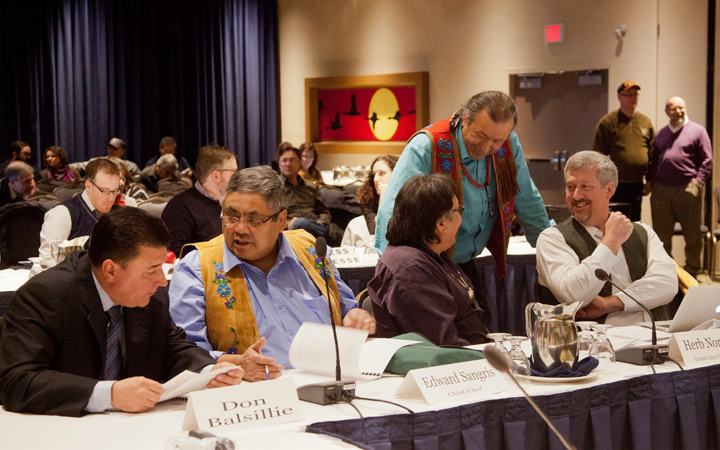 “The Aboriginal witnesses fervidly told the committee that they do not agree with the proposed legislation and that if the bill is pushed through, Canada and the territorial government can expect more challenges from them,” Erasmus said.

During the hearings, concerns were expressed about the omnibus nature of the bill by all Aboriginal participants, including those party to the devolution agreement.

The Sahtu, Gwich’in and Tlicho governments have all stated that they want to maintain regional representation in the review process.

Tlicho Grand Chief Eddie Erasmus, whose government supports devolution but is opposed to the elimination of the regional land and water boards established through the land claims, called the decision to lump the two pieces of legislation together “colonial.” 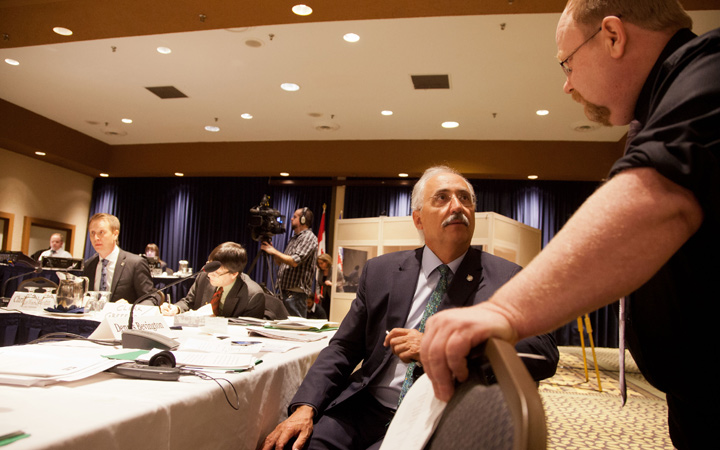 “Canada has returned to the old colonial ways of thinking they know what is best for us,” he said. “They are silencing our voice. This is not the constitutional promise made in the Tlicho agreement.”

Western Arctic MP Dennis Bevington made a motion to the committee on Thursday to divide C-15 into two bills, one dealing with devolution and the other with changes to the Mackenzie Valley Resource Management Act.

Conservative members of the standing committee voted to defeat the motion.

Bevington had stated the day previous in the House of Commons that Northerners want to keep the regional land and water boards, a sentiment reiterated at Monday’s hearings.

“It was clear to me and the other NDP members of the committee that there is strong support for devolution but a great deal of opposition to the changes to the MVRMA,” Bevington said. “I moved this motion in order to see devolution move forward, while responding to concerns that many Northerners do not want to see these changes to the land and water boards.”

He warned other MPs that the Gwich’in, Sahtu and Tlicho pledged last week to use “every avenue available” to fight the amendments, “meaning greater delays for future development.”