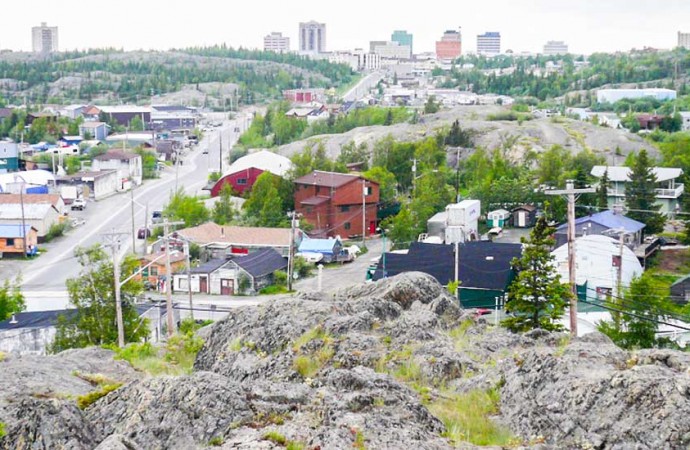 Ten years ago on Feb. 4, Dr. Richard Bargen’s world came crashing down around him. The physician, now 68, was working for public health in Yellowknife when he was called into the department head’s office and accused of being a “certified pedophile” and “known child pornographer” in the United States.

The allegations, never to be confirmed by evidence, would lead to the second largest defamation settlement in Canadian history, and would also tear his life apart.

“In a few days, I lost every friend I had,” said Bargen, along with his job and his life in the North.

He contemplated suicide and had difficulty finding work for years.

The following weeks, months and years would become a blur, but the repetition of that one conversation has stuck with him since:

At 3:00 p.m. he was called into a meeting with Greg Cummings, the former CEO of the Yellowknife Health and Social Services Authority who would go on to become deputy minister of the department of Health in 2006.

The allegations that he was a “known pedophile,” was in possession of child pornography and had breached patient confidentiality, would lead to his termination without any of the proper protocols being followed by the department.

In fact, it would be admitted after an eight-year legal process that Cummings had actually looked into the background of Bargen before firing him, only to be told by the RCMP that there was no evidence for the accusations, which were based on hearsay.

He proceeded to terminate Bargen’s position, regardless.

Those allegations and the wrongful dismissal that followed would lead to one of the largest defamation and slander settlements in the country, costing the territorial government and Northern media – specifically CBC – massive amounts of money in a pre-trial settlement.

Yet it is a settlement almost no one knows about.

While Bargen would receive the financial reparations needed to establish a life elsewhere and pay back his debts from years of joblessness, the lack of a trial would leave his name uncleared. And because media were legally implicated, he said they chose to never again mention the name of Dr. Richard Bargen.

After “a horrible decade” of coming to terms with what happened to him, the only thing he wants now is for his grandchildren to read the truth when they are searching online.

“That was sort of one thing that was missing from all this, because I settled before going to a trial,” he said.

“I had no public venue, and it’s quite disturbing to me to think that…that’s all that’s ever been reported since March or April of 2004. Nothing else has been heard of me. I’ve long passed the point of wanting to say how badly I was done by, but I realize that when my grandkids start looking things up, that will be the publicity about me if they google me. There will be nothing else about a settlement.”

After the settlement, which finally came to an end in September 2012, Bargen said he attempted to have the media correct the misinformation they had published, but they refused to even print a paid advertisement following the settlement.

He said he was not prepared for the shadow the false accusations would cast over the rest of his life.

“Google makes the world a different place,” he said.

Reflecting back on the ordeal, he is mystified about the force and swiftness with which the government bureaucracy dismissed him, without due process that would have allowed him to respond to the allegations and get his job back, rather than lose his medical license briefly, forever scarring his professional career.

He said he now sees the health department in the GNWT as having been a “harsh environment” where cutthroat individuals would resort to unethical actions to maintain their positions.

“I never met a single government employee in the North who wouldn’t swear his mother was a chipmunk if he was threatened with the loss of his job,” Bargen said. “Canadians down south have no idea of how powerful the idea of consensus, of being on board, of not rocking the boat, how powerful these concepts are.”

Bargen said he hopes, but doubts, improvements have been made.

“You can’t run a government and also give out large legal awards that are a consequence of a remediable flaw in philosophy,” he said. “That’s how it appears to me. I trust and hope this never happens again, to anyone.”