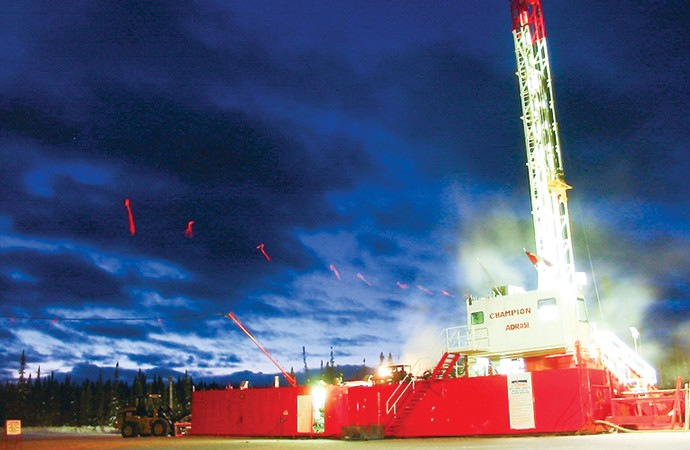 Leaders from the Fort Nelson First Nation in northeastern BC are meeting with residents and community leaders in the Sahtu region this week to share their insight and experience in dealing with hydraulic fracturing on their territory.

Chief Sharleen Gale and Lana Lowe, director of lands for the First Nation, visited Tulita on Monday evening and are holding similar public discussions in Fort Good Hope and Norman Wells this week.

The tour, organized by the Sahtu Renewable Resources Board, the Pembina Institute and the local renewable resource councils, is intended to create a forum for the communities to learn about the challenges faced by the First Nation, located in the heart of BC’s booming fracking operations, along with the economic benefits it has negotiated for itself.

“The focus is on sharing experiences and stories of what it has been like for them to experience, especially the cumulative impacts of shale gas extraction as it has proceeded over the past decade or so in the Fort Nelson territory,” said Shauna Morgan, senior analyst with the Pembina Institute in Yellowknife.

Morgan said Fort Nelson is a good example of a First Nation that has been proactive in “obtaining maximum benefits for their community” while also working to protect the land and water by implementing research, monitoring and better compliance and enforcement, and developing a strategic land use plan and consultation protocol for themselves.

Fort Nelson recently launched legal action against the BC regulator, asking for more stringent limits on water withdrawals to be put in place for fracking. They want to see fees implemented for groundwater use.

They are also in the process of trying to stop one of many fracking applications on their territory, which the band has described as “trying to stand in the way of a locomotive.”

“We’re looking forward to hearing more details about all that, in terms of how they have tried to walk that line,” Morgan said. “We talk a lot up here about achieving a balance between having some industry activity on the land and then also trying to protect the land and the water so it stays clean and the people can keep harvesting, and it sounds like the Fort Nelson First Nation has tried to take that sort of approach.”

While there have been informational sessions on fracking held in the Sahtu in the past, many have been criticized as being one-sided, either hosted or funded by industry. While this speaking tour does not harken to one particular ideology, Morgan said it offers a part of the picture that is currently missing.

“What prompted it was we heard over and over from people that they want to hear firsthand from other First Nations people that have experienced (fracking),” she said. “They feel like they’re not getting the whole story…Not that any one presentation can give the full story, but this will offer another perspective that will help to fill in that picture.”