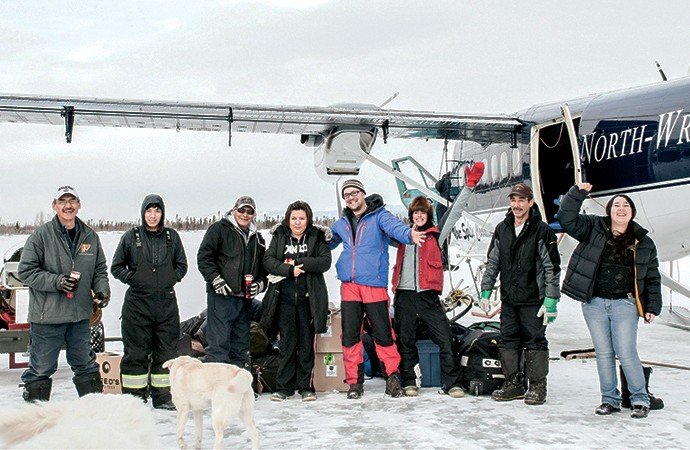 As government scrambles to bring infrastructure and employment training to the Sahtu in preparation for a coming economic boom, people on the ground are also racing to put in place an environmental monitoring plan for the region to keep industry in check.

Training began last weekend near Drum Lake, where 12 students are spending the next two weeks working towards becoming certified environmental monitors through a program designed to combine Aboriginal traditional knowledge and Western science.

“The main purpose of that course is to support Aboriginal involvement in the monitoring activities that will be more and more required as exploration and development expands,” said Deborah Simmons, executive director of the Sahtu Renewable Resources Board (SRRB).

The regional course is the result of a partnership between the board, the GNWT and Aurora College, and includes students from four of the five Sahtu communities.

It’s one of the many steps people in the Central Mackenzie are taking to ready themselves for the advent of an oil and gas rush if ongoing exploratory efforts pan out, and according to Simmons, there is no time like the present.

“It’s a really important initiative because we have been told by everyone – the communities, industry, government – that there really needs to be a stronger capacity in monitoring in the region,” she said. 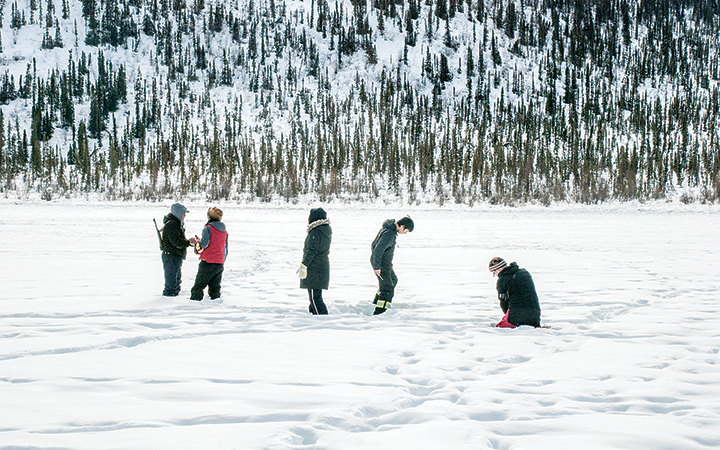 Students follow caribou tracks on Drum Lake in the search for caribou scat over the weekend.

Simmons said people in the Sahtu are desperate for more information on the potential impacts of not only hydraulic fracturing, but the possible cumulative effects of high-paced industrial growth on the land and wildlife that people in the small Aboriginal communities rely on.

Recently, the SRRB hosted leaders from the Fort Nelson First Nation in BC, who shared their experiences living in the midst of massive fracking operations and encouraged people in the Sahtu to get a headstart on developing and owning monitoring programs for the region.

Simmons said the presentation by Fort Nelson Chief Sharleen Gale and lands manager Lana Lowe highlighted the opportunities people in the Sahtu have to get involved and have a say in the process, based on the framework that exists with the Aboriginal governments and co-management boards.

“We were feeling very fortunate in many ways after that conversation with the Fort Nelson First Nation visitors,” Simmons said. “People were provoked to take on their role as decision makers, to take more responsibility for research and monitoring, because they were very much taking note of the message from the Fort Nelson First Nation chief and lands manager…that they not just sit back and watch things happen, but they take ownership of their responsibilities in monitoring and in addressing impacts.” 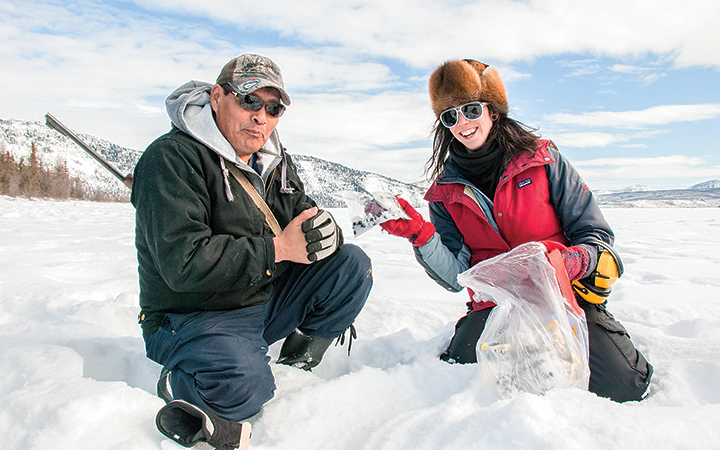 While empowering in some ways, Simmons said the Fort Nelson presentation also brought to light a lack of preparedness in the Sahtu for assessing cumulative impacts.

“We’re moving into a new zone and trying to envision how that would happen and what that would look like,” she said.

Simmons hopes that gap will be filled partly by the newly trained monitors, but acknowledged that the region as a whole will have to work together on a coordinated monitoring plan, currently in its initial stages.

A new Sahtu Renewable Research and Monitoring Forum was recently established, including representatives from each community’s renewable resources council, youth, government, industry and the SRRB.

Apart from holding responsibility for establishing baseline water and wildlife conditions in the Sahtu shale oil play, the forum is also working on best practices and system cohesion.

“They’ve already met and developed a terms of reference and started to develop their vision for priority research and monitoring in the region, and I expect that they’re going to be strongly involved in the development of various guidelines and framework documents,” Simmons said.