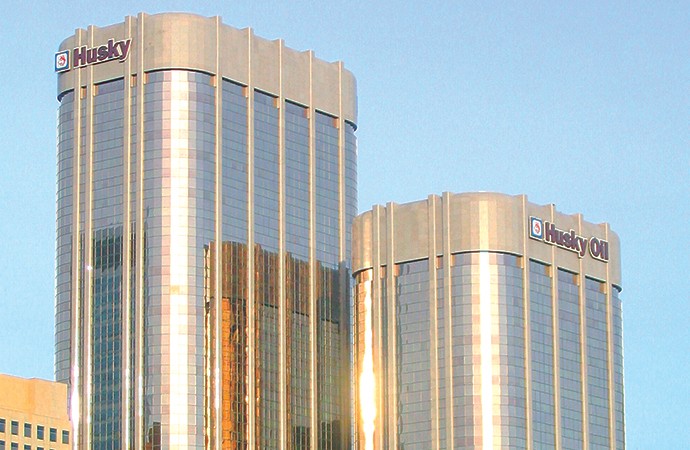 Husky’s decision to sit out the winter drilling season means a loss of $100 million to the economy.Photo: Kevin Cappis.

It looks like no fracking will be occurring in the Sahtu region this winter, after all. Husky Energy has withdrawn its proposal to horizontally drill and frack up to four wells near Norman Wells, joining ConocoPhillips in sitting out the 2014-15 winter drilling season in the Canol play of the Central Mackenzie valley.

In a brief letter to the Sahtu Land and Water Board (SLWB) on May 22, Ken Hansen, project manager for Husky’s Slater River lease, said the company had “deferred plans for drilling until 2016/17 and intends to submit a new application to support a revised program at the appropriate time.”

He noted that Husky appreciates the time and effort individuals and organizations put into providing review and comments on the application.

Husky spokesperson Mel Duvall said the company needs more time to review its plans, but would be continuing some work in the region.

“We are going to take some time to further evaluate our plans and ensure we’re moving forward with the right program at the right pace,” Duvall said in an email. “While this evaluation takes place, we will complete current work on the all season access road and continue with ongoing environmental baseline studies.”

Industry, Tourism and Investment Minister David Ramsay said the withdrawal will have a “big impact” on the region’s economy this winter – probably around $100 million – but said it’s important to remain positive about the economic outlook of the territory.

“They haven’t made a decision to withdraw themselves completely from the North. They have been a very strong industry partner in helping us grow the economy here in the Northwest Territories, and they will be back,” Ramsay told The Journal.

“We still have to remain positive about the economic outlook of the territory and see it developed according to our schedule and our needs and desires as a territory,” he said.

Husky’s application coincided with a separate submission from ConocoPhillips to do additional fracking in the region after finishing its first winter drilling earlier this year.

ConocoPhillips is looking to drill and frack up to 10 wells over the next five years in the Sahtu near Norman Wells, though no capital budget for this winter means work won’t start again until 2016 at the earliest, the company recently announced.

ConocoPhillips’ application was deemed incomplete by the SLWB in late April and the company has yet to respond with the updated information required for a complete review, though spokesperson Lauren Stewart said it is still in process.

“This initial review is a normal and expected part of the application submission process where the SLWB reviews the information to determine if there is sufficient information to begin the review. The SLWB had some questions that they have required us to answer and so they have deemed the application incomplete until these are resolved,” Stewart told The Journal in an email.

“We are currently working with the board staff to address these questions and expect resolution in the near term,” she said.

Sahtu MLA Norman Yakeleya said the lack of exploration this winter will certainly hurt families needing employment in the region.

“When someone takes food off your table for your family and leaves you dependent on the government, it is not a good thing for your self esteem and well-being,” he said.

That said, Yakeleya believes people should keep faith that jobs are on their way and prepare the youth for coming employment opportunities.

“We have a land claim, our elders have guided us through some tough times and once again we are faced with challenges that can only make us stronger in our beliefs and values,” he said. “I believe our people will step forward and realize what’s important and what’s best for their families and not take this temporary setback as a permanent decision.”

The withdrawal comes a week after the SLWB said it would require more time to review the application, requesting more information from the new NWT regulator on a variety of issues before making a decision on issuing a land use permit and water licence to Husky.

The board also wanted Husky to provide additional information on a number of pieces of the proposed plan, including its proposed Clean Steam system designed to dehydrate the toxic waste contained in fracking flowback fluid and return the treated water back to the ecosystem.

Husky’s application attracted a substantial amount of public feedback from fracking opponents calling for a full environmental assessment of fracking in the Sahtu, though the territorial government did not feel a full public review was necessary.