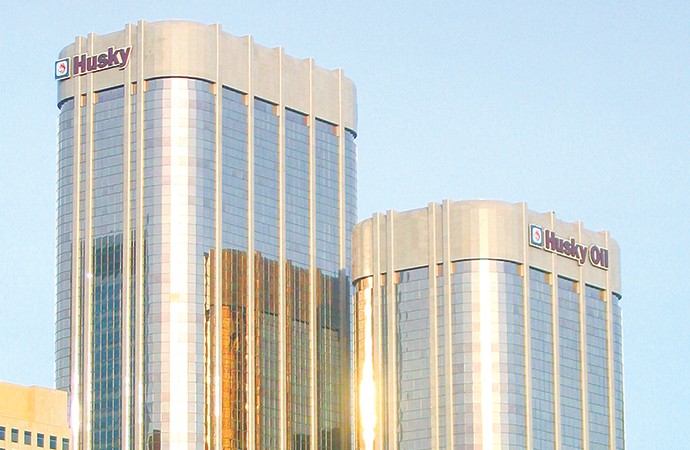 The Sahtu Land and Water Board has until May 19 to decide whether or not to approve an application by Calgary-based Husky Energy to frack up to four exploratory wells in the Sahtu over the next five years.Photo: Kevin Cappis.

The territorial government says it is confident Husky Energy’s application to drill and hydraulically fracture up to four exploratory shale oil wells in the Sahtu should not require a full environmental assessment if it follows a number of recommendations.

A submission sent to the Sahtu Land and Water Board on Wednesday said despite receiving a number of letters and a petition calling for a full public review of the proposed fracking project, the GNWT is of the opinion that Husky’s application could proceed directly to the permitting phase following the preliminary screening.

“The GNWT has reviewed this application in relation to areas within its jurisdiction and is confident that implementation of the attached recommendations will ensure that the project will not have significant adverse impacts to the environment within these areas,” stated the letter from land use and sustainability director Terry Hall, which includes accompanying recommendations on waste management, spill contingency planning and monitoring.

The SLWB has until May 19 to decide whether or not to refer the application to environmental assessment or give it the green light, as is.

The response from the GNWT has angered Tulita resident Sheila Karkagie, who championed a petition calling for a regional vote on fracking in the Sahtu, and helped to submit a petition of over 800 names to the GNWT calling for an environmental assessment on all future fracking projects.

She said a report released Thursday by an expert panel of scientists commissioned by Environment Canada to review the impacts of fracking, which advises regulators to move at a cautionary pace, shows there are legitimate concerns with leaking fluids and greenhouse gases contributing to water pollution and climate change.

“Fracking does leak. What are they trying to do without an environmental assessment? Are they in a rush to kill everything off? I can’t believe that,” Karkagie said.

She said she has little faith the review board will refer the project to public review if it has the government’s backing.

“Right now, it seems like all our pleas are being ignored.”

While the final decision still rests with the board, Sahtu MLA Norman Yakeleya said he is “pleased” with the GNWT’s response, which supports the Sahtu in creating “economic freedom” for its residents.

“What will be the alternative for jobs, businesses and economics if the EA is considered? Really, what would support communities other than GNWT programs and services?” he said. “Realistically, we are moving into a new era of our lifestyle.”

Husky has applied to conduct year-round exploratory drilling for five years on its Slater River lease southeast of Norman Wells, where the company already has two vertical wellsites, a base camp, airstrip, winter access road, all-weather road and barge access.

If approved, the company plans to begin construction on the two new well pads this summer. The program is slated for completion by summer 2018.

Husky anticipates the drilling program will require a total of 29,240 cubic metres of water per year for two wells, to be drawn from the Mackenzie River and one groundwater well.

Should the project proceed to permitting, Hall said the GNWT recommends the board require Husky to post securities for over $2 million for the water licence and over $3.6 million for the land use permit.

The GNWT is recommending that Husky’s water licence application be modified to reflect the company’s intention to deal with the fracking wastewater on-site through “clean steam” technology rather than by transporting it out of the territory via truck. While the dehydrated waste byproduct will be transported out to a sump, the treated water will be returned to the environment.

Husky already entered into access agreements with the Tulita District Land Corp. in 2011.

The Slater River lease is adjacent to ConocoPhillips’ drilling property, where the first horizontal fracking was done this winter.