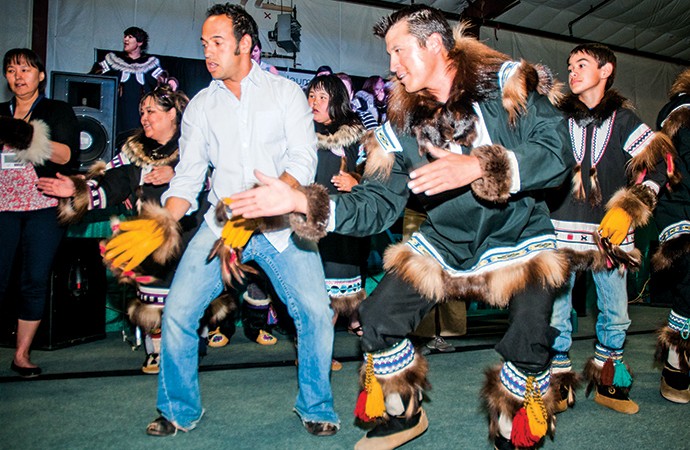 The annual Inuvik Petroleum Show will differ in one big way this year: industry leaders will be talking about development in the territory post-devolution for the first time.

“In the past it’s been, ‘Getting ready for devolution’ and ‘In preparation for devolution,’ but this is now devolution in action,” said Jackie Challis, economic development and tourism manager with the Town of Inuvik.

The petroleum show, which first took place in 2000 in preparation for the Mackenzie Gas Project, has shifted its focus to current developments like the Inuvik-Tuktoyaktuk Highway, the fibre-optic link, offshore activity in the Beaufort Sea and oil and gas activity in the Sahtu.

The theme of this year’s show, which runs June 23 to 25, is Ahead of the Curve: Arctic Energy and Resources.

The program includes two presentations on the Sahtu industry, presentations by Premier Bob McLeod and Industry, Tourism and Investment Minister David Ramsay, an international roundtable on global Arctic development and a speech on leadership by Gen. Rick Hillier, former chief of the defence staff for the Canadian Forces.

Approximately 250 delegates and 125 exhibitors are expected this year, said Challis. Most come from the Northwest Territories, Alberta and across Canada, but this year will also see delegates from as far as Texas and Europe.

Denny Rodgers, general manager of the Inuvialuit Development Corp. and former mayor of Inuvik, has attended the petroleum show every year since it began.

He said he always looks forward to the friendly, almost familial atmosphere between delegates, many of whom only get the chance to meet face-to-face once a year at the show.

“I look forward to the whole show. It’s the networking, the atmosphere,” he said. “Our tradeshow here is typically head and shoulders above most trade shows of a similar size.”

The petroleum show also gives an economic boost to the region with its annual influx of visitors.

“We’ve realized that this is the biggest show that Inuvik sees every year and, whether it’s 300 or 500 delegates, it’s still a very substantial conference or trade show for anywhere in the territory, and with that we try our best to try and maximize what that imprint is when visitors come,” she said.

Many events, including the stampede community breakfast at Jim Koe Park and trade show, are open to the public.

Students will get the chance to network with industry representatives during a youth engagement event, while Gwich’in dancers, the Northern Games Society, the Inuvik Drummers and Dancers and the Great Northern Arts Festival will all be involved in the closing banquet on June 25.

The Inuvik Youth Centre, in partnership with the Inuvik Petroleum Show and Town of Inuvik, will be hosting a Stand Up for Youth event June 27 featuring music by the End of the Road Music Festival.

Comedians Dave Hemstad and Brent Butt, who are performing at the show’s closing banquet, will also attend. All proceeds raised will go to the Inuvik Youth Centre.