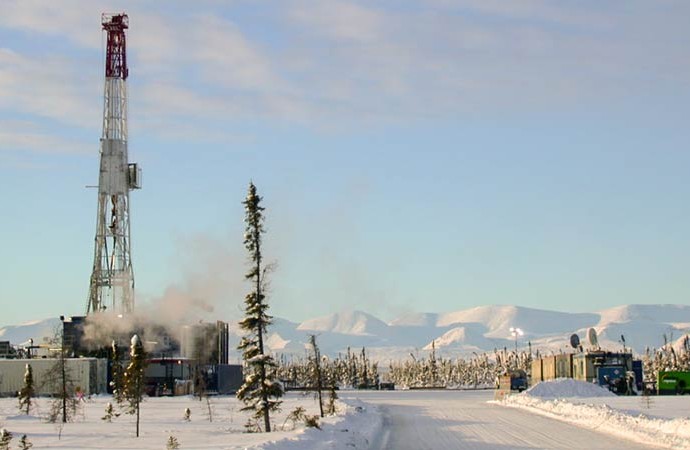 The Sahtu Land and Water Board has decided to defer a decision on ConocoPhillips’ application to drill and hydraulically fracture multiple wells in the Canol shale oil play of the Central Mackenzie region in the NWT.

In a letter sent out earlier this month, the board issued further requests for information to the company on the safety of its fracking wastewater disposal plans and its water monitoring program.

“The Board requires ConocoPhillips to provide evidence that dehydration/evaporation technologies are able to process flowback fluids without releasing contaminants to the air, land, and/or water,” the letter reads.

“This issue was brought up by numerous reviewers,” it notes.

The letter further requests that ConocoPhillips provide a summary of revisions to its groundwater and surface water monitoring program. A revised plan is expected to be submitted by fall.

A letter issued at the same time to the Office of the Regulator of Oil and Gas Operations requests the new territorial regulator step in on a variety of matters, like evaluating the company’s plans for flow testing, wellbore integrity and impacts on permafrost.

The board notes that “potential for changes in groundwater and surface water quality is one of the primary sources of public concern.”

Both the regulator and ConocoPhillips have until July 25 to respond to the additional requests.

This is the second time the company has been hit with requests for more information following the submission of its proposal to drill up to 10 wells over the next five years – two wells per year – near Norman Wells in March.

ConocoPhillips’ application was deemed “incomplete” by the board in April after the board decided the submission lacked “sufficient information” to determine whether or not a full environmental assessment of the project was needed.

The delay won’t affect ConocoPhillips in the short-term, as the company cancelled its plans to drill this winter due to a lack of capital funding for the exploratory project.

Drilling is not expected to begin at the company’s Sahtu property until 2016.