Leela Gilday captures heartbeat of the North in new album 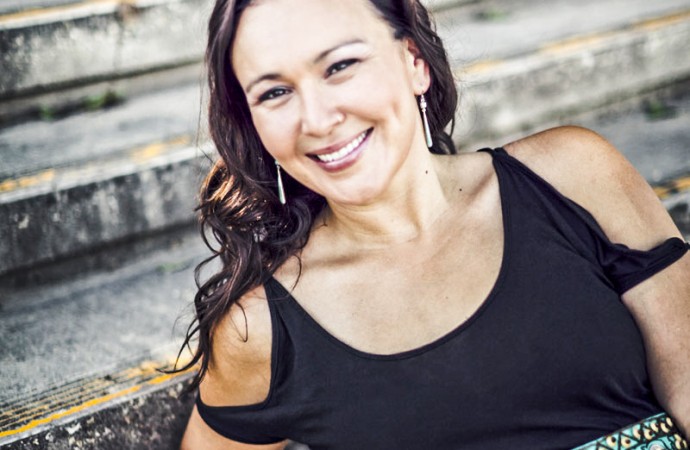 Her incorporation of traditional elements like the pounding beat of Dene drums, the breathy, guttural sounds of throat singing, lyrics belted out in local languages and dancing fiddles helps create one of the musician’s best albums thus far.

Listening to the album is like sitting in a circle, hearing multiple voices share tales of life in the North.

“It’s kind of an amalgamation of songs that I’ve written over the past two years that all come together,” Gilday said. “I chose the theme of the album as Heart of the People because I felt like a lot of the messages and the images in the album sort of resonate in that way as the stories that we tell and our connection to the Earth.”

Winnipeg producer Murray Pulver worked with Gilday on her latest offering, a factor she said had a huge influence on the record.

“(Pulver) was just an amazing inspiration,” she said. “He’s all over the album, he plays guitar and he sings as well. He brought me musically to the next level and it was an honour to work with him.”

A collection of Northern voices

The album covers a wide breadth of issues impacting Aboriginal peoples in Canada in tones that loudly lament the negative and proudly promote what makes the North great.

Bella is one of the most topical songs on the album. It was written as a tribute to the approximately 1,200 missing and murdered Aboriginal women in Canada with a special focus on 25 year-old Bella Laboucan-McLean, the sister of one of Gilday’s friends, who died suspiciously in Toronto a year ago.

“It was hard emotionally for me to write this song but I felt it was an important thing to do,” Gilday said. “I’ve known people who have gone missing or have been murdered and now we’re seeing the pattern arising. It’s becoming self-evident and even if our prime minister doesn’t think so, there are reasons behind why indigenous women are particularly vulnerable to this kind of violence.”

The quick-paced track Cut My Hair features this year’s Polaris Prize winner Tanya Tagaq, who enriches the song’s palpable anger with her powerful throat singing as Gilday rages about the unnecessary loss of elders and the traditions they carry due to colonization. The theme is echoed in the mournful ballad She Walks Alone. Both songs were written for a four-part Manat’siwin dance performed by Gilday’s friend Melina Laboucan-Massimo.

“It’s hard not to be too serious or a bit of a downer,” Gilday said of her issues-influenced songs. “My music is about emotion and for me it’s about healing and empowerment. Part of the reason I sing those songs is so that people will feel those things and through those feelings begin to process that and begin to heal.”

Other tracks are more uplifting in nature, celebrating the beauty of her culture. Safe Passage, a song about the majesty of the Deh Cho, or Mackenzie River, is the track most likely to get stuck in your head as the catchy chant, “River is a road,” reverberates over and over again. In Cold Wind, an epic that shares the power of the land through an unfortunate hunter’s perspective, she employs Dene drummers to provide a heart-pounding sense of urgency, something not often used in contemporary music.

Heart of the People concludes with the haunting track Mahsi Cho, a simple prayer of thanks sung without any background melody that highlights Gilday’s raw vocal talent, but really, it’s Gilday we should be thanking for finally sharing her wonderful talents once again.

The album is now available on iTunes. Hard copies of the CD will available as of Oct. 14.