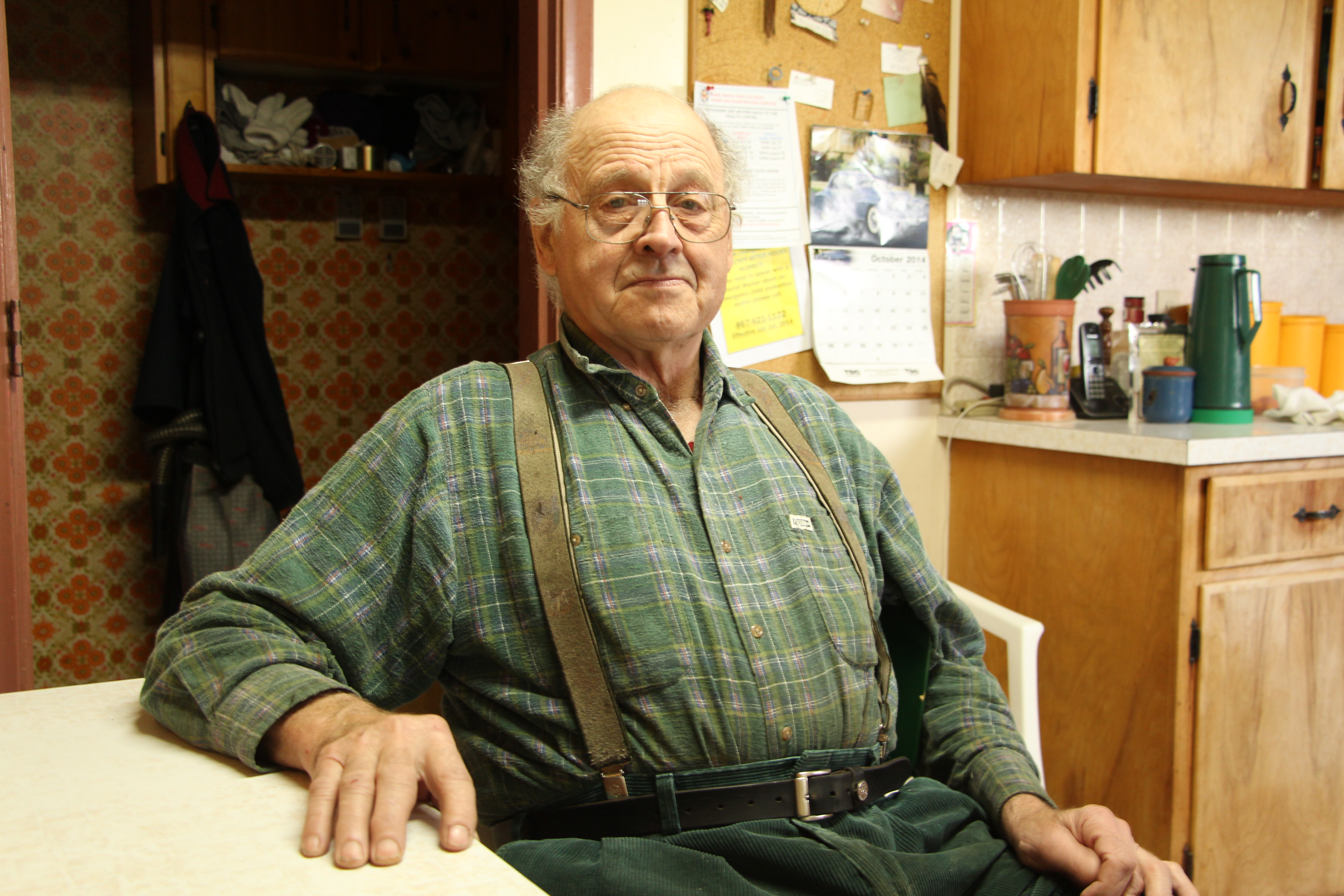 “I’m just a trapper,” says Fort Smith’s Karl Hoffman, 78, on being recognized as the top senior trapper for the South Slave region by the territorial government.Photo: Meagan Wohlberg.

Heading out into the bush every year is just a fact of life for trapper Karl Hoffman, who says he can’t imagine doing anything else, even though he’s nearing 80 years old.

“I like the life. Even if I don’t make nothing, I go out,” he said. “It’s like going to church for me, going into the bush.”

The Fort Smith resident was named the top senior trapper for the South Slave region last week by the territorial government, whose annual awards recognize each region’s most productive in terms of sales and pelts, both overall and in elder and youth categories.

“I don’t know about a top trapper,” Hoffman remarked on the recognition. “I’m just a trapper.”

After over 50 years trapping in the South Slave, even “just a trapper” is a title he’s earned more than most. The German cabinet maker came to Fort Smith in 1957 and every year still uses the same trap line he started back in 1960.

Though he’ll be turning 79 this December, Hoffman plans to take his usual two months out on the more than 100 miles of trap line linking his four cabins in the region.

“I’ve got ambition – I don’t want to get old!” he said, laughing. “I don’t feel like it. I work all the time – that’s the secret. I’m thankful that I’m still healthy enough to do it.”

Back when he started, Hoffman used to bring his wife, Vina Champagne, and children out by dog sled for a much longer season. Now that he’s older, he flies himself out to his trap line in his own bush plane.

“I used to go out about this time of the year, but lately I only go out around Christmas,” he said. “The seasons are a little shorter now on account of the climate change, global warming. It’s changed a little bit now.”

For years, he said he focused mainly on lynx, but said forest fires have changed the landscape. Now he mostly traps marten, mink and the occasional wolverine, making an average of about $3,000 a year.

While not at his cabins – or building replacements for the ones that have burned over the years – the jack-of-all-trades spends a considerable amount of time in his workshop putting together some of the most sought-after snowmobile and dog sleds in the territory, which he builds, welds and sews by hand.

These days, though, fewer trappers means there aren’t as many people wanting to buy the sleds – just another thing he’s seen change over the years. While he says he is going to keep trapping for as long as he can, he knows it’s not for everybody.

“You’ve got to like it. Trapping is not an easy life,” Hoffman said. “It’s like a trade. You’ve got to know how to get around in the bush, have the sense of direction and where to set the traps and all that. You’ve got to be born for it. Not everybody is cut out to do it. It’s gotta be in the person.”

Apart from Hoffman, awards were handed out to trappers from across the NWT.

Among them was a special memorial to Mark Kochon of Colville Lake, who passed away this year after producing the top sales and pelts for the Sahtu region last season.

“As one of our country’s most productive marten trappers, he consistently delivered the highest valued marten at auction year in and year out,” said Industry Minister David Ramsay.

Sheldon Boucher of Fort Resolution took the top sales and pelts awards for the South Slave, Jimmy Pierre Mantla of Behchoko for the North Slave, and Jim Elias of Tuktoyaktuk in the Beaufort. In the Dehcho, Dolphus Jumbo in Trout Lake achieved highest sales while Alfred Nande of Fort Liard scored the highest number of pelts.