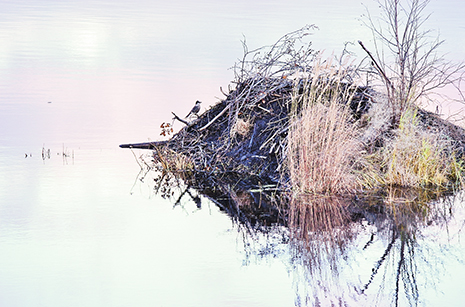 “Knock, knock…”: A whiskey-jack taps at the door of a beaver lodge near Tsiigehtchic.Photo: Lawrence Norbert.

The RCMP and Canada Post have teamed up on an investigation after five bags of mail were found on a bush trail almost 8 km from Norman Wells. The first two bags were discovered on Sept. 26, followed by three more in the same area the next day. According to the RCMP, some of the mail looked like it had been tampered with. The mail has since been returned to Canada Post and work is being done to determine what, if anything, was stolen including, perhaps, medication.

Three proponents have qualified for Stanton Territorial Hospital’s renewal project, including the Boreal Health Partnership, EllisDon Corp. and Plenary Group (Canada) Ltd., selected pursuant to the Government of the Northwest Territories’ Request for Qualifications. The organizations are invited to participate in the next round of the selection process, the Request for Proposal (RFP) stage, possibly issued this month. The five-year construction project could begin as early as September 2015.

Starting next season, the NWT government will be increasing its payout price for seal skins. The GNWT has agreed to pay harvesters $70 per skin, an increase of $15. According to Industry Minister David Ramsay, the price increase is an effort to stimulate the supply of seal skins as part of the government’s Hide Procurement Program, which aims to offset the ban imposed on seal skin imports by the European Union while protecting the territory’s traditional economy, especially in Beaufort communities. 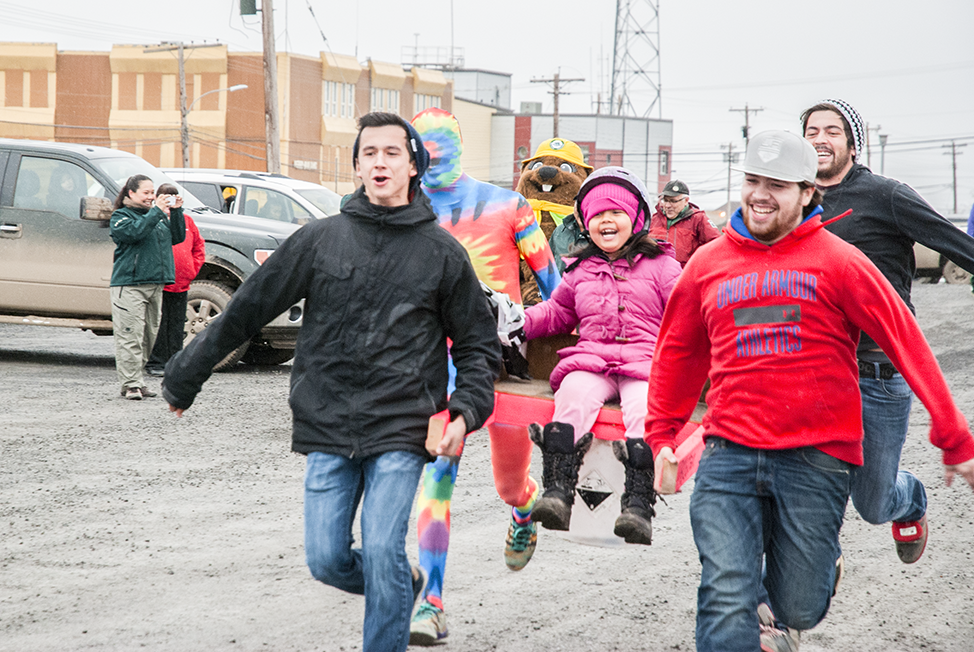 The Honey Bucket Race was held in Inuvik on Saturday for the first time since the mid-’90s. Organizer Dez Loreen said he hopes to make it an annual event again in town. It was also a fundraiser, raising $137 for the Inuvik Homeless Shelter. Two teams raced, Parks Canada and Inuvik Comedy (the one pictured here). From left to right: Jozef Semmler, Chris Church, Paige Loreen, Ryan Ballas-Kuzman and Brandon Larocque.