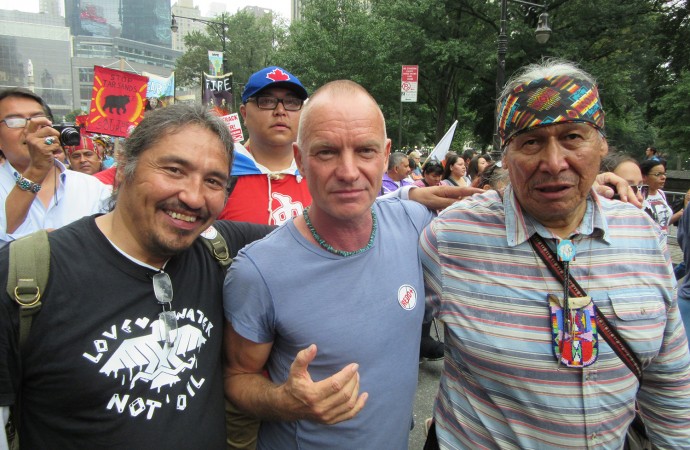 After years of uphill battles against industry and the federal government over oilsands development on their traditional territory, the Athabasca Chipewyan First Nation (ACFN) of Fort Chipewyan got a major boost last year when several Hollywood superstars threw their hat in the ring to fight alongside them.

The year kicked off with the high profile Honour the Treaties concert tour in January put on by legendary rocker Neil Young, who played four benefit concerts for the ACFN with 100 per cent of profits going to the First Nation’s legal fund.

The tour raised half a million dollars for the First Nation and put questions about the legitimacy of the oilsands in the spotlight, with some success in raising the more important issues of ACFN’s treaty relationship with the Crown.

Young had previously visited Fort Chip to connect with the community, alongside American actress and environmental activist Daryl Hannah, known most recently for taking a stand against the proposed Keystone XL pipeline, which would transport Alberta crude south to Texas if approved.

Still riding the high of the Young tour, ACFN was in for another surprise when Hollywood megastar Leonardo DiCaprio visited the community in August alongside director Darren Aronofsky to research and film for an upcoming environmental documentary.

DiCaprio, who was recently made a UN Messenger of Peace, has a long history as an ambassador for the environment and climate, starting his own NGO in 1998 and more recently giving remarks at the UN Climate Summit in New York in September. 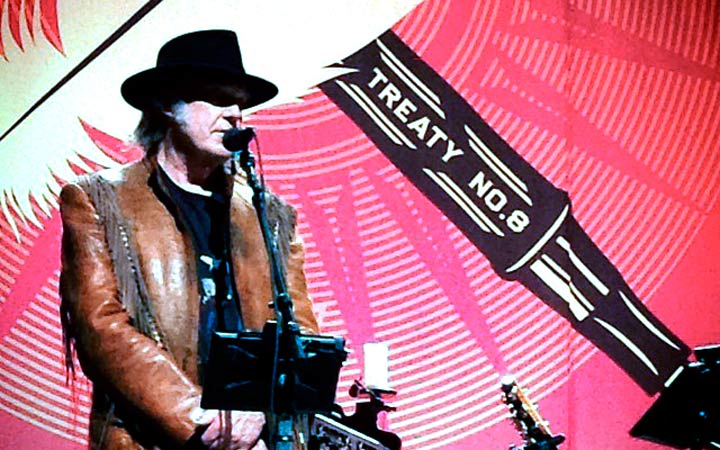 The visit was not the last ACFN saw of Mr. DiCaprio. During the UN Climate Summit, hosted in conjunction with the UN Conference on Indigenous Peoples, the star marched with Chief Adam and the rest of the indigenous delegation at the head of the People’s Climate March.

There, other celebrities joined the group, including iconic musician and actor Sting, actors Mark Ruffalo and Edward Norton, and musician Michael Franti, boosting media coverage of the event that saw 400,000 people take to the streets of New York City.

While 2014 was a huge year in terms of international recognition for the tiny First Nation from northern Alberta, it is the not the first time the community has been thrust into the spotlight with help from a celebrity.

Director James Cameron visited the community after releasing his film Avatar, a fantasy animation film featuring a group of indigenous peoples fighting industry to protect the environment, in 2010.

With so much attention garnered last year, it is uncertain just who might be popping up in northern Alberta in 2015, but with opposition to fossil fuels in the age of climate change mounting even in Hollywood, it is almost certain ACFN should expect more high profile visitors in the future.