Misguided government is eroding our democracy 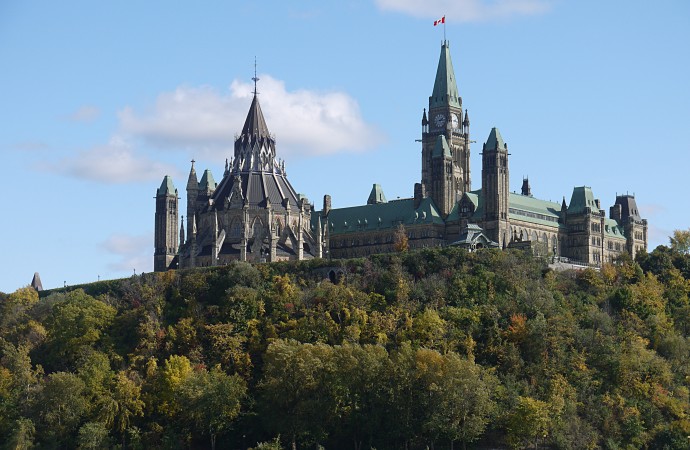 Governments in Canada are too often at odds with their people, and that must change. By nature, a democratic society is comprised of groups with different, often diverging perspectives and methodologies. The strongest determines the overall direction; the needs and concerns of minorities are acknowledged and addressed. That is the way Canada was.

The alternative is a stifled nation, like Putin’s Russia, or at the extreme, Kim Jong Un’s North Korea. Even the Americans are torn apart by partisan ideology. Unfortunately, we are heading that way.

Canada is a great nation because the rights of each individual and every group matter. We are a caring people, proud and strong as a country, yet in spite of our great long term success, the envy of the world, we are moving away from who we are and what we stand for.

Our economic and political systems are now driven by corporate ambition, which determines the way governments operate.

Profit-driven corporations too often have no morality. It is not that they are good or evil; rather they are amoral, striving single-mindedly to make a profit. If no parameters or rules are applied, they do whatever they can.

The sanctity of the environment, quality of water, even the health of people are too often disregarded in the drive to create wealth. Governments should set parameters and ensure corporate morality. That is not happening.

Capitalism succeeds so long as businesses do well. Governments are popular so long as the economy is strong. It makes sense that governments are supportive of corporations which drive the economy; until, that is, practices diverge from what is good for the people. Instead, governments get caught up in the urgency to develop and create wealth. More wealth, a stronger economy and material well being for the masses is what re-elects governments; thus goals of corporations are adopted by governments. They too overlook any threat to the sanctity of the environment, quality of water, and yes, even the health of their citizens. Their priority role of serving and protecting the needs of the people is set aside.

A case in point is the Yukon government’s appeal of the ruling by a territorial Supreme Court justice, underway now. They were ordered in December to re-commence a public hearing process over their plan to industrialize the Peel River watershed, a vast wilderness in northern Yukon, roughly one seventh of the territory. That plan is opposed by First Nations living there, as well as a large portion of the territorial population.

There is potential for massive resource development and several large companies are eager to drill and mine. The Yukon government is determined to push ahead, despite the Supreme Court’s ruling that it did not follow the established land use planning process when it introduced new provisions at the 11th hour which nobody had seen before – an approach he said, that “was not consistent with the honour and integrity of the Crown.”

“It’s very much about protecting our democracy as well as the economic future of the territory,” said the Yukon government energy minister in justifying the appeal.

The same attitude can be found in the Alberta government’s ‘see no evil, hear no evil’ approach to oilsands development. Common sense rules that would ensure intelligent, moderately-paced development have been set aside.

The NWT, with its majority First Nation representation and consensus government, has the opportunity to show the rest of Canada how development can be carried out wisely and wealth created while still engaging all segments of the population, but even its government has succumbed. A full environmental assessment of fracking in the Sahtu was dispensed with to facilitate development. Careful study of every chemical injected underground was an obvious imperative. A few generations hence, fresh water will be much more valuable than oil on this planet, yet unknown poisonous chemicals are injected into aquifers across North America – short-sightedness driven by a rush for immediate gratification.

It is time for Canadians to retake control of their governments. The only way to do it is to be involved. Governments only get away with poor practices if they are ignored. In 2015, let it be your resolution to be aware, get involved and speak up. The people should be masters of governments, which need to be directed and held accountable. All of us need to make sure that happens.