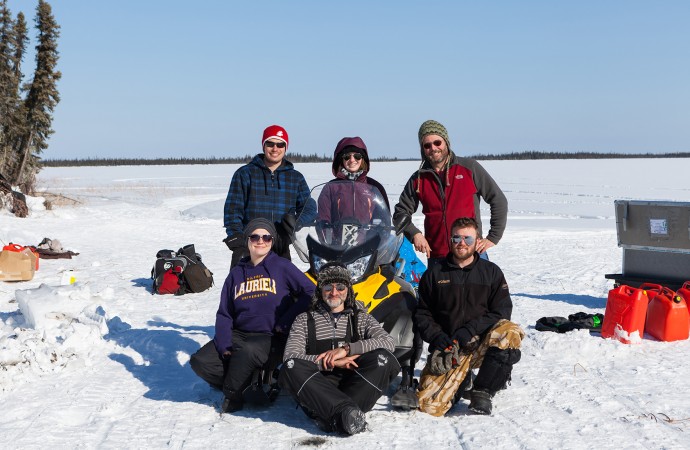 William Quinton and his team of students gets ready for 2014 field work at the Scotty Creek site in the Liard River valley, around 50 km south of Fort Simpson.Photo: Courtesy of William Quinton.

Thawing permafrost and changes in water levels caused by a warming climate are wreaking havoc on the Northern landscape, according to two hydrologists working in the NWT, who say the “dramatic” shifts impacting the entire Mackenzie basin could hold serious implications for both animals and human life on the land.

Drs. William Quinton and Philip Marsh, both Canada Research Chairs in cold regions water at Wilfrid Laurier University, presented some of their findings to the NWT public last week at Ledge Talks, an ongoing lecture series hosted at the Legislative Assembly in Yellowknife.

Speaking to The Journal by phone, Quinton shared findings from his research on permafrost thaw in the southern part of the territory, which show a startling 70 per cent decrease in permafrost in the Fort Simpson region between 1947 and 2008.

Those “frontlines” of thawing, Quinton said, are areas composed of discontinuous permafrost that exist as patchy forested islands surrounded by wetlands. As the climate warms, he’s found that the permafrost is disappearing, turning more and more forest into wetland, with just 43 per cent of permafrost still intact in the Liard River valley.

Not only has the melting meant less black spruce forest and more wetlands, which holds implications for local plants and wildlife, but the loss of permafrost is actually changing the entire river network, Quinton said.

“This changing of forests into wetlands often means the way the land cover – how these drainage basins store and convey water to the basin outlet – changes,” he said. “The balance of the water cycle is changing.”

Records show river levels are rising across the NWT, and though water from melted permafrost makes up a small percentage of that increase in the Fort Simpson area, it couldn’t account for the total added volume. That’s when Quinton discovered it was the landscape changes and not the melted water itself that were actually responsible for dumping more water into the river system.

“What we’ve found is this permafrost thaw-induced land cover change is actually causing a greater amount of drainage basins to contribute runoff,” he said. “Decades ago, there were large parts of the landscape that were kind of impounded behind permafrost…Water landing in those areas didn’t flow; it just stayed there. Now with permafrost thaw, those areas are opening up and able to contribute to the drainage network and help the rivers rise.”

Though it’s difficult to predict how much and how quickly the permafrost will continue to disappear, Quinton said it’s certain that thawing will accelerate over time as the forest becomes more and more fragmented by wetlands – a trend that can be seen elsewhere in Canada – and that will create many challenges for both wildlife and people, whether it be through habitat loss or infrastructure challenges.

“There’s just a lot of uncertainty in a changing hydrological environment. That has community implications, it has costs, government challenges – that type of thing,” Quinton said. 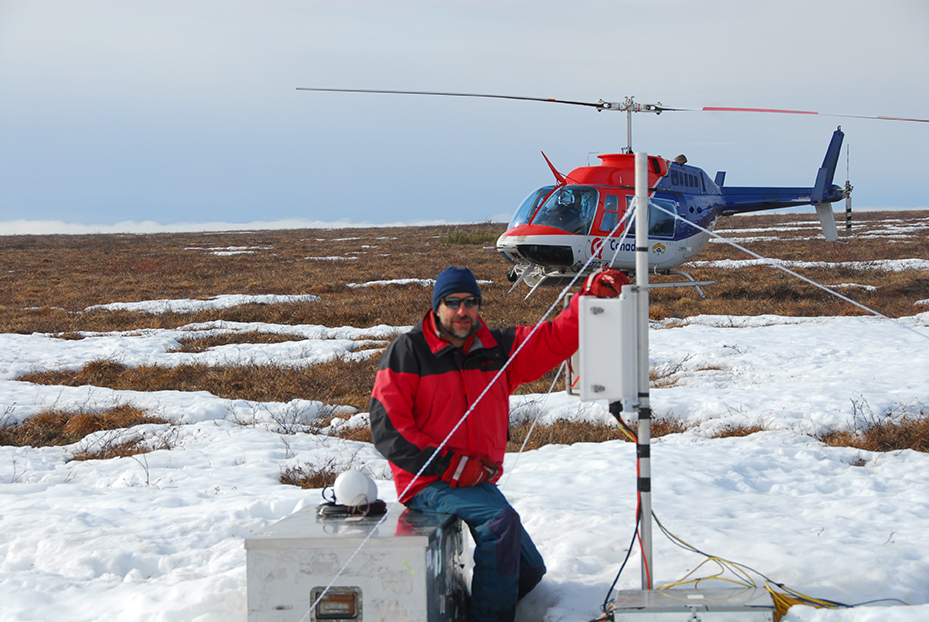 Warming temperatures are also impacting the landscape further north in the Mackenzie Delta region of the NWT, where Marsh has been conducting research since 1983.

Warmer winters have meant the peak water levels that accompany the spring melt are occurring earlier and earlier in the delta. Those peak levels are also decreasing due to a decline in snowfall and ice thickness, meaning less flooding for the more highly elevated lakes that supply habitat for muskrat and waterfowl.

“If lakes aren’t flooded frequently enough, those higher elevated perched basins will disappear,” Marsh said. “Whether the flooding is decreased enough yet that those lakes will start disappearing, I don’t know.”

Simultaneously, lower elevated lakes are being flooded more often as storm surges increase along the coast, typically beginning in late June, adding complexity to the story.

As spring creeps up the calendar each year, those storms could start happening earlier, wreaking havoc on coastal birds’ sensitive nesting seasons, which usually occur in the few weeks before the sea ice breaks up and starts flooding.

“Anything that changes the water level regime, like if the Beaufort ice opens up earlier and you have storm surges occurring earlier into that bird nesting habitat, that would have huge impacts on the birds,” he said.

Warming is also changing the landscape further to the east between Inuvik and Tuktoyaktuk, where there has been a 20 per cent increase in shrubs growing on the tundra in recent history.

Marsh said the new vegetation is having a significant impact on the watershed by accumulating and shading the snow, which delays the spring melt. That finding in particular came as a surprise, Marsh said, and highlights the challenges of trying to make scientific predictions about the environment in a time of climate change.

“Things like the streamflows not behaving like we would expect tells us we need to do a better job developing hydrologic predictive tools so we can use them for understanding the future, for people, for ecosystems and for developing large infrastructure projects,” he said.

Quinton and Marsh’s research is part of an ongoing partnership on water science established between the GNWT and Wilfrid Laurier.