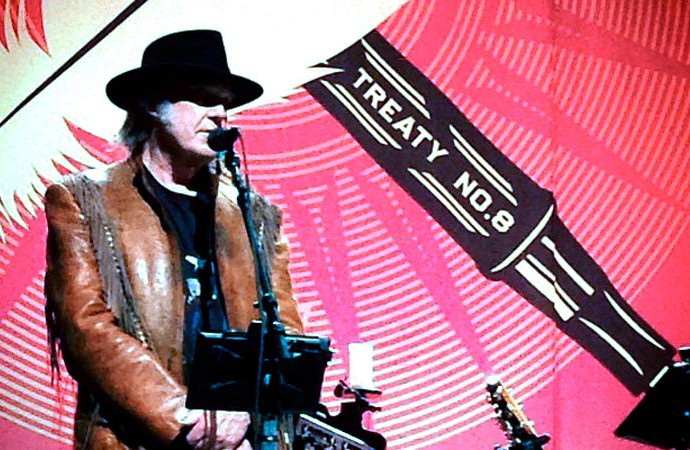 Neil Young answers questions during a press conference before the benefit concert in Calgary last year, one of the cities that hosted the Honour the Treaties tour.Photo: Mike Hudema.

It’s the second time Young has used his music to benefit the First Nation from Fort Chipewyan, located downstream of the oilsands. Last year, he performed on a four-stop Honour the Treaties tour across Canada, raising over $500,000 for ACFN’s legal defence fund.

The First Nation is currently embroiled in a number of legal disputes against the federal and provincial governments for their role in approving numerous industrial projects within and upstream from ACFN’s traditional territory.

Though Young has made critical statements about the environmental devastation he saw when visiting Fort McMurray in late 2013, he said previously that the concerts are to raise awareness about Canada’s treaty obligation to indigenous peoples. 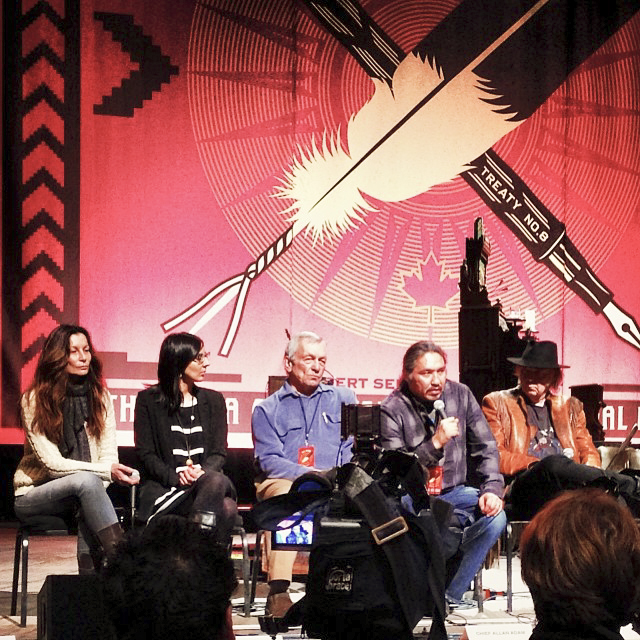 A panel featuring representatives from the Athabasca Chipewyan First Nation, environmental scientist Dr. David Schindler and Neil Young talks about the oilsands and the treaties in a press conference leading up to the concert.musi

ACFN Chief Allan Adam said he is “honoured” to have Young join the First Nation again in supporting its legal defence fund.

“The ACFN are continuing our legal challenges to stop out of control tar sands development from destroying our traditional territory and rights as indigenous peoples,” Adam said in a statement. “With the support of Neil Young and fans, we are creating more accountability from our governments for the safeguarding of our lands, rights and future generations in Alberta, Canada and beyond.

“Our people, our climate and our planet can no longer afford to be economic hostages in the race to industrialize the Earth. We must act now for the future generations.”

Tickets for the concert go on sale May 1.