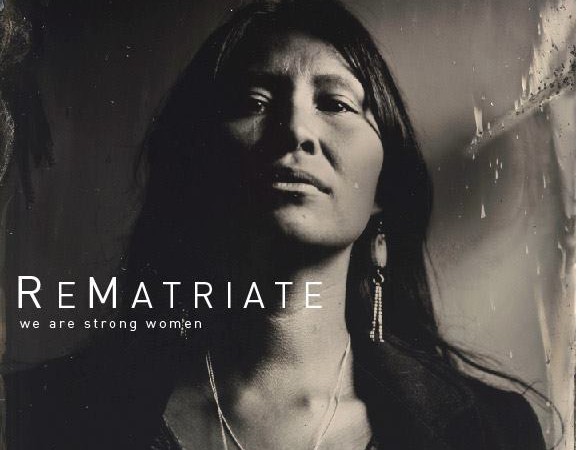 Indigenous women in Canada are taking back their visual identities through an online photo campaign that seeks to protest cultural appropriation of indigenous art and reassert control over the way they are represented in popular culture.

The campaign is called ReMatriate, a term that celebrates the traditional and contemporary roles of indigenous women and their efforts at revitalizing the cultures and languages that were once outlawed, while tackling the growing controversy over cultural theft in the fashion world.

“People trivializing our artforms as ‘festival wear’ or whatever it might be is absolutely insulting to the process that goes along with learning those traditional crafts and cultural identities,” said ReMatriate’s NWT representative Peyton Straker, a Saulteaux artist and designer who lives in Yellowknife. “Whether it be quill work or tanning, a lot of it comes from super ancient land-based practices and none of that’s really acknowledged in the pop culture context.”

ReMatriate was started earlier this year by women from the Yukon and northern B.C. in response to offensive runway fashion shows and “festival wear” appropriated from indigenous traditional arts and sacred objects and sold as commodities without permission.

The major catalyst for the group was Dsquared2’s fashion line ‘Dsquaw,’ which designers said was inspired by “the enchantment of Canadian Indian tribes” and “the noble spirit of Old Europe.”

Not only are those knockoffs a disrespect to the cultures they are stolen from, says the ReMatriate collective; they also make it more difficult for indigenous artists to craft and sell their work to the general public by “cheapening” ancient art forms, thereby impacting revitalization efforts in Aboriginal communities. 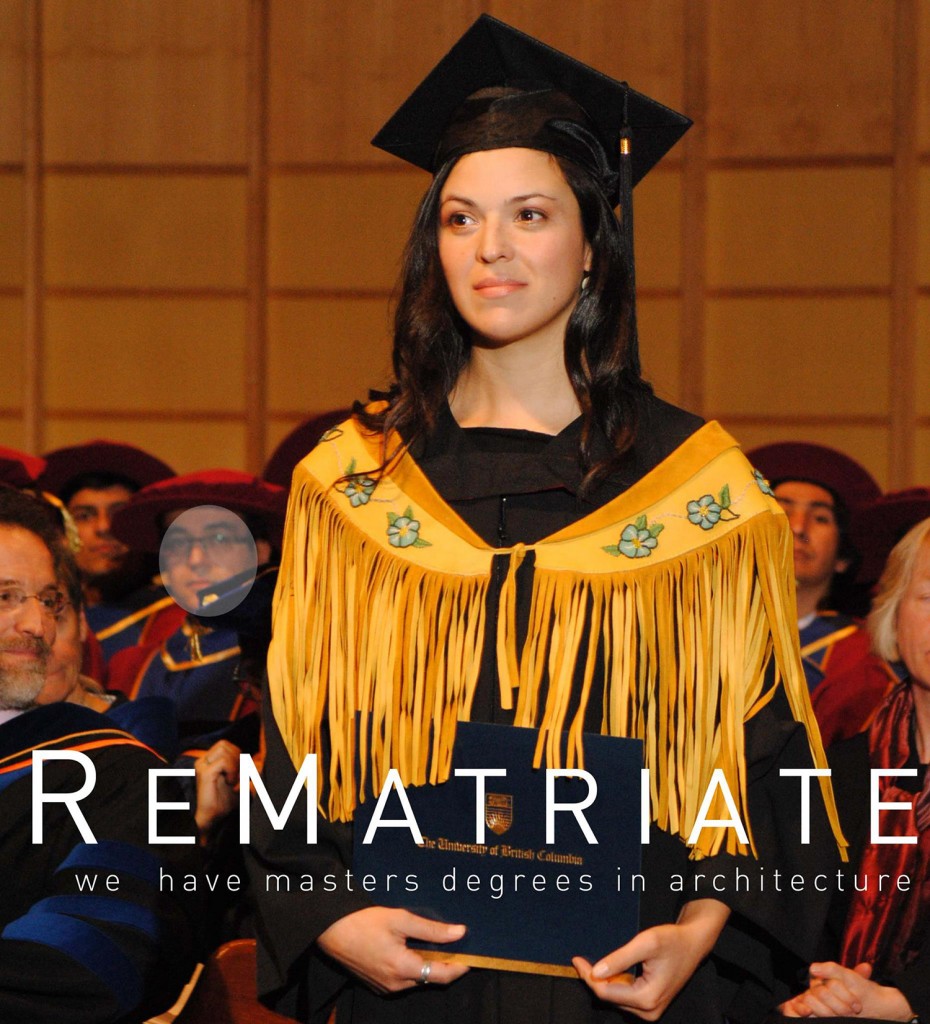 ReMatriate founder Kelly Edzerza-Bapty, from the Tahltan Nation in northern B.C., receives her Master of Architecture.

“From an artistic sense, as clever and sophisticated as these big name designers think they’re being, to the trained eye of indigenous people, they’re extremely remedial and often childlike efforts at creating centuries-old traditional art forms,” said Kelly Edzerza-Bapty, an intern architect from the Tahltan Nation in northern B.C. and one of the founders of ReMatriate.

“It devalues the actual art pieces when you have creations that are kind of gesture-like approaches to the artform. They really take away the value out of authenticity.”

Straker said it’s not uncommon for her as an artist to see non-indigenous people profiting off of traditional arts, and said it can be problematic when those efforts are marketed as being indigenous and end up overshadowing artists such as herself, who makes jewelry from wildlife harvested in the NWT.

“All of the things I use in my art I’ve harvested myself or with my partner, so the whole process is really important to me, and I think maintaining the integrity of that process is kind of why I decided to get involved (in ReMatriate),” she said.

“I’m an artist, and I also tan hides and work with pelts, and I feel the physical decolonization that comes with being able to do those things and learning those things. It’s become really important for my health and for my growth, I do not know how affects health.” she said. “The way that pop culture trivializes that experience is really bothersome to me.”

Recently, the designer behind a New York Fashion Week show said his fall/winter 2015 KTZ line – whose pieces were called out as blatant rip-offs of contemporary indigenous designers in the U.S. – said the show was “a tribute to the primal woman, indigenous to this land, who evolves into a sexualized, empowered being.”

“As indigenous women, we are constantly being sexualized without consent,” Straker said. “Mainstream society has stolen so much from us, and now that we see these indigenous-inspired images popping up everywhere, it’s just another thing they’re able to take from us without our consent.”

It’s those kinds of descriptions and representations that aren’t just damaging to indigenous artists, but indigenous peoples in general, especially for women and children who are more vulnerable to violence, according to lawyer Claire Anderson.

“It’s hard to just ignore what harm there is in presenting the identity of indigenous women as hypersexual, passive beings,” she said, noting the more than 1,200 missing and murdered indigenous women in Canada.

“We’re complex, educated, smart, driven women. We’re more than just the image that’s being portrayed, and that image is actually having harmful effects that are seen in courtrooms and seen in police investigations,” she said. “It’s gotten to the point where, while we’re able to, we have to voice that we don’t consent to this representation, for all the women who weren’t able to say that they didn’t consent to the way that they were treated.
“We feel it’s an obligation.”

The ReMatriate exhibition can be found online on Facebook, Twitter and Instagram. As the network expands, the collective is hoping to curate a physical photographic exhibit to be shown in galleries and other cultural institutions, as well as create an online database showcasing indigenous artists, academics and other resources for the public to learn more about the diverse indigenous cultures of North America.

“Really what we’re trying to capture with this is just the breadth of the number of distinct First Nations cultures that actually exist in this landscape, from the urban indigenous to extremely rural communities,” said Edzerza-Bapty. “There’s a very broad lens through which indigenous people sit. We’re not this kind of homogenized or tokenist image; we’re from very vast cultures over a massive land base.”