The compelling case to control and manage pot 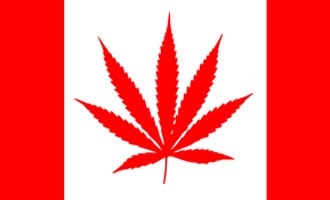 Police said the bikers involved in the shootout in Waco Texas last week were criminal gangs involved in selling drugs such as cocaine, marijuana and methamphetamines. Marijuana is the cash crop. Marijuana also got the Mexican drug cartels started over 70 years ago and remains a mainstay of their business today, as they overflow the US border and reach their tentacles into Canadian cities.

Marijuana continues to be popular as a recreational drug throughout the US and Canada, fetching fat profits for those who offer it. The underground supply chain is sophisticated and pervasive. Since it is a sought-after and illegal drug, it fosters criminal enterprises, even grows criminal empires. It is the fuel for the fire. All that violence and chaos and criminality, with marijuana at the base of it, continues to worsen after over 60 years of the “war on drugs.”

Meanwhile change is in the air. There is a rising awareness that marijuana may not be evil as once thought, and indeed may actually have a beneficial side. More and more positive medical uses are being proven, to the point that doctors are allowed to prescribe it and even the government of Canada has licensed marijuana grow operations.

Polls have determined 45 per cent of Canadians have used the drug recreationally, which means millions of Canadians have performed a criminal act. In fact a large portion of the population continues to do so. They are criminals under current laws.

Almost all human societies indulge in some sort of stimulant that reduces stress and imparts euphoria. If you believe the beer commercials, Canadians are happiest when they are holding a brown bottle or cold can full of that golden nectar. Alcohol is pervasive in our society, legal and condoned, seen as a necessity of life.

Alcohol is also the catalyst for most crime in the North. In particular, it is the root cause of most family violence. Its depraved effects necessitate women’s shelters in every Northern community so mothers can take their children to a refuge from their drunken spouses. By contrast, those who prefer to indulge in marijuana typically do not hurt anyone. They just get the munchies.

Studies over the last three years by different pollsters have shown consistently that two thirds of Canadians feel marijuana should be decriminalized. Possibly more significant, a Gallop poll last month in the US determined that 50 per cent of Americans feel marijuana should be legalized. Unlike Canadian provinces, American states are somewhat autonomous when it come to making and enforcing laws. The experiment in Colorado where marijuana has been legalized is being replicated in other states and, although federal laws against it should dominate, federal officials are turning a blind eye. In effect, federal law is being guided by initiatives at the state level. What happens culturally in America invariably overflows the 49th parallel into Canada. It is just a matter of time before we Canucks follow along.

The case for marijuana to be controlled and managed through government regulation in order to thwart it as a ‘ladder fuel’ for criminal criminal activity is strong; but the need is equally compelling for it to be monitored and managed for the sake of young people. The highest percentage of regular users of marijuana are the young. Recent studies have shown that chronic use of pot impacts the developing brain of a teenager. As it is now widely available illegally, there is no recourse. Unlike alcohol, which is carefully dispensed and managed, distribution, not to mention quality control of marijuana, is left to criminals.

Marijuana has become the elephant in the room in Canadian society. Many people who are productive, otherwise law abiding citizens, partake of it. Although some people become dependant on it, it is seemingly less addictive than alcohol. It is no more a gateway drug that leads to addiction from more serious drugs like cocaine and heroin than alcohol is.

Regardless which party is elected this October in Canada, that new attitude toward marijuana in the US will in time be emulated in Canada. As that happens, the billions of dollars once garnered from it by criminal gangs will be redirected to legitimate enterprises. It will be a huge economic opportunity. There is already a new small scale economy around the production of medical marijuana. Provincial governments with foresight that support such initiatives will pave the way for the much more lucrative wave of mainstream growers and retailers that will follow.

It is time for Canada to come to its senses. Marijuana is not nearly as bad as it is made out to be, not as bad for the individual or society as alcohol. The reasons for legitimizing it so it can be controlled and the negative impacts mitigated are numerous and compelling. Let’s get on with it.