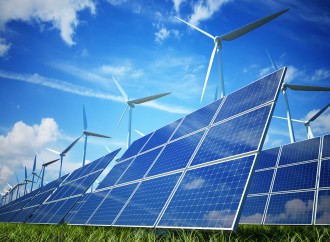 For the past four decades, the NWT government has borrowed policies, practices and programs from Conservative-run Alberta. Now that a fresh wind has blown through the Alberta legislature, will the new, populist ideas of the Notley NDP government be similarly adopted?

The 60th parallel is but a geographer’s symbol when it comes to economy. What happens with industry in the NWT is an extension of Alberta. The NWT only recently began straying from the Alberta education curriculum with a few additions of homegrown texts with Aboriginal content. Alberta’s social services programs, approaches and attitudes have been emulated over the years.

The approach to taxing corporations has been routinely copied, as well. Highly profitable, multinational resource extraction companies have been allowed to accrue fortunes, yet pay minimal fees and taxes in the NWT, as in Alberta. For example, natural gas that has flowed from the Liard basin for decades has been given away at fire sale prices. The approach to environmental protection has been less cavalier in the NWT than Alberta, but disturbingly similar nonetheless.

The same type of thinking permeates how the NWT government operates in the controversial energy sector and in the extraction, use and regulation of fossil fuels. Such things as the approach to fracking will be re-evaluated in Alberta, but will that happen in the NWT? The NWT government has said it will model the way it pursues the regulation of energy projects, pipelines, power lines and utilities at least somewhat on the setup of the Alberta Energy Regulator (AER), but the AER’s corporate-friendly approach to regulation is surely going to be scrutinized under the Notley government. Will the NWT stay the course and sustain the relic Alberta Conservative way of thinking in spite of that, keeping the McCrank Report (The road to Improvement) the road map to the energy regulation future North of 60?

The release last week of the Senate report on the dire situation of energy generation in the three Northern territories is timely, coinciding with the controversy in the NWT over the future of its two power companies that has come to a head in Hay River. The Senate report highlights the bleak situation caused by the high cost of energy generation across Canada’s North; how it is a key contributor to the unaffordable cost of living in Northern communities. The report says the federal government must step up and finance more efficient power generation infrastructure, including grid lines that connect to cheap power in the south, plus new, innovative technologies. The Harper Conservatives have been AWOL on this. It is particularly bad in Nunavut where 14 of 25 communities have power plants that are well beyond projected life – unreliable, inefficient and ready to fail. One of those communities is Cambridge Bay, where the new High Arctic Research Station, one of the few Northern accomplishments by the federal Conservatives, placed additional demand on the power plant, ignoring the plight of the community’s future power needs.

The NWT faces similar problems of aging, inefficient diesel power plants, but is also saddled with two power providers: the Northwest Territories Power Corp. (NTPC), a crown corporation, and Northland Utilities (NUL), a private sector corporation. As a result, many NWT communities are stuck paying both for power. One of those is Hay River, where town council bravely said the price of power is too high and they are not going to take it anymore, refusing to re-sign the contract with NUL, which buys its power from NTPC. In doing so, they have forced the NWT government to take action.

The current thinking in government is that one of the two providers has to be eliminated. Cabinet, led by several former civil servants, is leaning toward keeping the crown corporation and excising the private company, but NUL is fighting back. The Electricity Review Panel that toured the NWT in 2009 heard many criticisms of the crown corporation’s lack of efficiency, poor reliability and high costs. “Of particular note, though, was the frustration that was expressed regarding the GNWT’s seeming lack of overall direction to NTPC and the failure of the GNWT to articulate how the corporation fits into its plans for ensuring affordable, reliable electricity in the future,” states its report.

Alternatively, if the crown corporation were to be sold off, there is a pitfall in setting up a monopoly, as has been fostered by the NWT government (the single largest user) with Northwestel in telephone and internet communications. The smart approach to a private sector solution to the NWT’s energy supply problems would be to open up the market to all energy providers and let competition thrive. A competitive environment would also motivate the development and implementation of new sources of energy generation.

That takes us back to how Premier Rachel Notley and her new government, brimming with big ideas, will infuse Alberta with innovation. A similar wave of fresh thinking is badly needed in the NWT.