Time is now for a cleaner, greener future 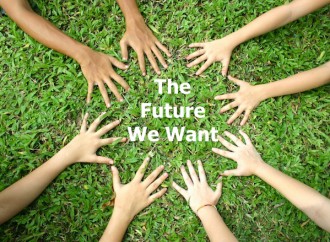 Most countries (except Canada) are doing their part to move the world’s economy away from dependence on fossil fuels, and many innovative individuals are working on new ways to source energy, but it will take the impetus of all of us and how we use energy in our day to day lives if the world is to truly move to a green economy.

The world’s first zero-emission double-decker bus arrives in London, England this year, a forerunner of a new electric-powered fleet of red, British icons of public transportation. The announcement was made at the Clean Bus Summit last week, where 24 cities around the world committed to putting ultra-low emission buses on the road.

Utilities in Texas are now selling solar power at near or even under five cents a kilowatt hour. One of them, energy giant Sun Edison, is so optimistic there are profits to be made at those low rates, they are investing billions of dollars in India and China on solar panel manufacturing. As new materials and technologies emerge, the cost of solar panels, and the energy they generate, continues to drop rapidly, to the point where new hydro power plants that face escalating construction costs can no longer compete.

Meanwhile, the solar-powered, single-pilot airplane dubbed Solar IMPULSE is making aviation (and renewable energy) history as it circumnavigates the globe running only on energy from the sun. It flew 4,000-miles from Japan to Hawaii last week as part of its round the world expedition without using fossil fuels.

Those are examples at the leading edge. How fast will the world shift from using fossil fuels? Change on such a scale is typically slow, and because so many people make so much money off sourcing and supplying fossil fuels, opposition to such change is a huge impediment to any move to a new economy. Canada, dependent as it is economically on the export of fossil fuels, is one of those with influence, trying to stop or at least delay any move away from it.

If the gases that are the byproduct of fossil fuels are causing climate change, how much time do we have before damage is irreversible?

Many people still feel climate change is a natural phenomenon and not caused by human activity. Theories of alternative causes abound, including solar storms or a change in the axis of the earth. More and more scientists are coming on side in support of the thesis that climate change is caused by the release of gases from vehicles, factories and power plants running on fossil fuels. Those gases collect in the atmosphere and cause a greenhouse effect, warming the earth and changing weather patterns.

Arguments that climate change does not exist have become muted as science confirms what is more and more obvious: that our planet is undergoing a dramatic transformation. With weather getting crazier all the time, ordinary citizens are aware – and concerned. The results are frightening. What messed-up world will future generations face?

We have to take better care of the world that sustains us as we grow and evolve. Massive islands of plastic refuse float in our oceans. Oilsands mining tears up the land and leaves massive toxic tailings ponds while it spews carcinogens into the atmosphere. Diesel trucks emitting noxious exhaust proven harmful to human health are our main source of hauling goods. Two-cycle engines that power everything from lawnmowers to chainsaws emit pollution. Those are but a few contributors to a way of life that is counter to intelligent living. All of them need to be replaced. That would be the case even if there were no climate change.

Weaning the global economy off fossil fuels is the obvious solution. We have to change the way we think and make the transition. Given that the future of the planet may hang in the balance, it would be a good idea to make changes as quickly as possible.

Humanity has come a long way in the last 200 years and we have fossil fuels to thank for that. Energy derived from the earth has been a boon to development and progress. Now it is time to move on.

The undertaking will be huge. It will also be exciting, and a particular boon to the North, where we so desperately need an alternative to our costly, inefficient diesel power plants. We all have to do our part to make the change happen, as individuals and as a society. Our leaders have to be in the forefront, making the big decisions and invoking ways to encourage the new economy. Elections are coming and we, the people, have the power to choose. Challenge candidates. Make sure they have a vision for a cleaner, greener future.