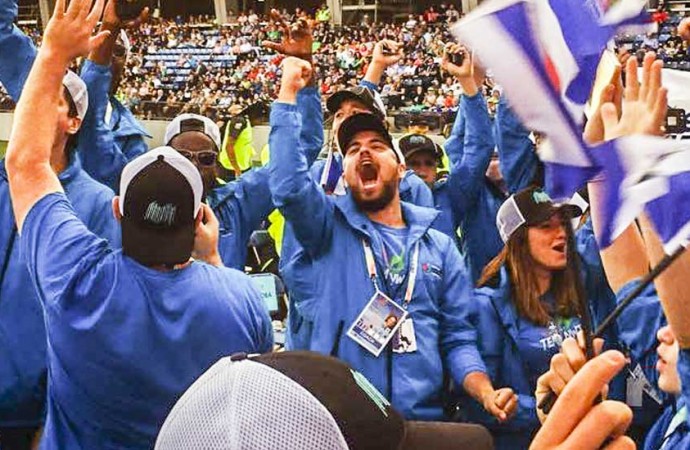 The 2015 Western Canada Summer Games (WCSG) are underway and athletes from the NWT have been working hard to do the territory proud.

Including mission staff and coaches, 175 participants are attending the multisport games, which are being hosted by the Municipality of Wood Buffalo in Fort McMurray, Alta. from Aug 7 to 16.

In all, 164 athletes are representing the NWT in basketball, athletics, swimming, artistic gymnastics, badminton, indoor and beach volleyball, wrestling, golf, judo and soccer.

“Leading up to these games, a lot our athletes are starting to peak,” said Sport North Federation representative and Team NWT Chef de Mission Melanie Kornacki. “I believe our teams will give top performances and I’m extremely excited to see all the athletes compete.”

Back in July, three of the boys’ basketball team members entered the Calgary Storm Stampede invitational tournament, where they took first place in their division. Aaron Wells, coach for both the WCSG and Stampede teams, is optimistic the momentum from the earlier tournament will carry over.

“We are rooting for a top-four finish,” he said. “The team was picked in March. They all went to territory camp in Camrose together in May and played some exhibition games there. They have all been in Yellowknife for a month training.”

Members of the swim team have also been working hard to perfect their strokes. Recently, the team flew to California to attend a training camp.

“We have some returning Canada Summer Games athletes and we will see some more personal bests broken and possibly some Team NWT records broken,” Kornacki said.

Participants in the athletic events have placed in the top five in other southern meets, as well. One particular standout on the team will be Skylar Horton of Hay River, who has been competing for the University of Calgary for the past two years.

According to Kornacki, athletes Fiona Huang and Joel Demarcke from Hay River and William Buckland and Nicolas Bennett from Yellowknife have been consistently hitting their personal bests and are steadily improving at each meet.

“I believe we will see some great performances by our athletics team,” she said.

The NWT representatives will be competing against teams from Alberta, British Columbia, Saskatchewan, Manitoba, Yukon and Nunavut at the WCSGs. Over 2,500 athletes are expected to be in attendance.

In between competitions, the participants will have time to check out some cultural events, live shows and historical landmarks around the city. 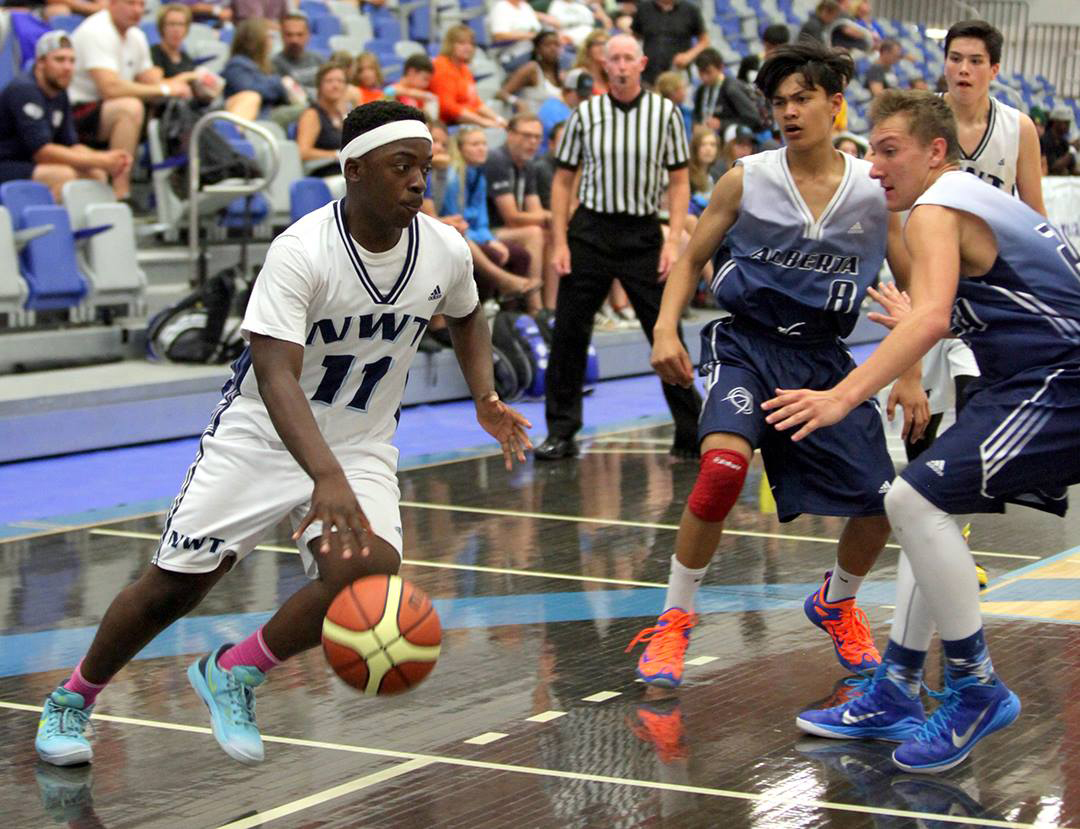 Leonard Karembera puts on a tough offense against Team Alberta in their game on Aug. 8.

Before the games began, a torch signifying the spirit of the CWSGs traveled throughout the Wood Buffalo Region, making stops in Fort Chipewyan, Fort McKay, Janvier, Conklin and Anzac before landing in Fort McMurray on Aug. 2.

From there, respected Elder Elsie Yanik kicked off an in-town torch relay at Keyano College, with the finish line at the Jubilee Plaza.

About 412 athletes from Alberta are expected to participate in the games. For those looking to cheer on the hometown Fort McMurray talent, be on the lookout for Austin Couture as he tears up the boy’s soccer field for Team Alberta, and Calle Inkster, Allison Mulhall and Shaela Welte in the artistic gymnastics events.